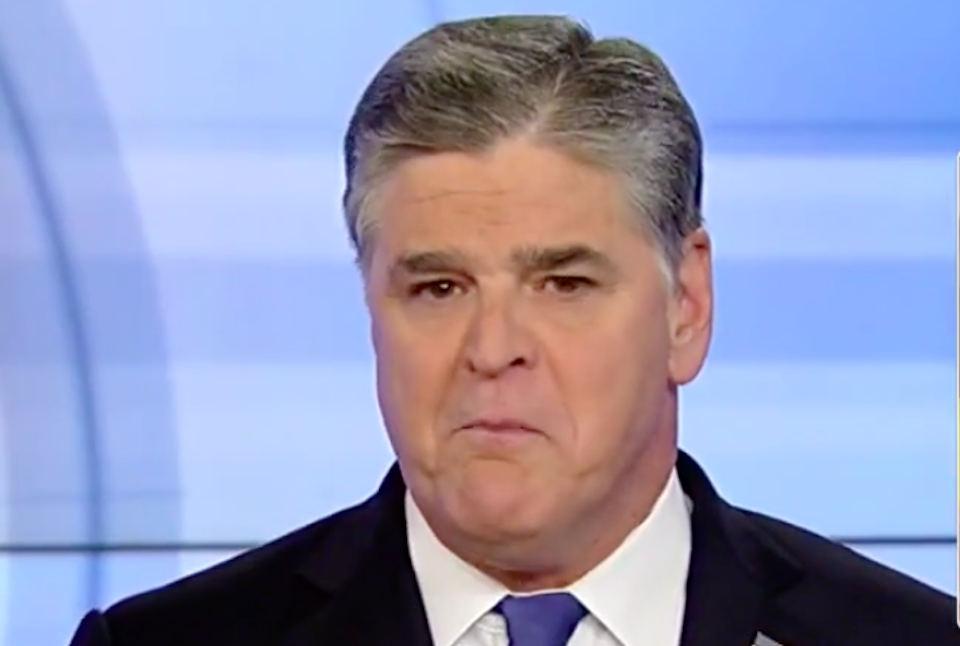 On Monday night, Sean Hannity demanded to know what "President Clinton" knew about Russia, evidently incapable of even acknowledging the president who is being investigated.

As the Trump administration braces itself amid the wave of indictments coming down from special counsel Robert Mueller, many Republicans want to deny the investigation is even happening.

And some, like right-wing Fox News personality Sean Hannity, apparently do not even want to acknowledge who the president being investigated is — at least on a subconscious level.

On Monday night, Hannity discussed how Mueller’s actions totally clear Trump of collusion — which they do not — and said the real scandal is how Hillary Clinton sold uranium to Russia — which she did not.

But his most astonishing remark came at the moment when he apparently forgot who won the 2016 election:

Hannity did catch himself and amend it to "President Clinton wannabe." But his slip of the tongue is not unique. On Saturday, former Trump campaign manager Corey Lewandowski complained that rather than Trump, the real problem is the “Clinton administration” — which, again, does not exist.

Even nearly one year after the election, Clinton has been made into an eternal scapegoat by beleaguered right-wingers, with Trump so fixated that he is now pulling top national security officials off their jobs to go trawl through Clinton’s old documents at the State Department.

If the GOP had wanted Clinton to blame for all their woes, they should not have voted against her — let alone in favor of a man who is almost comically guilty of every false accusation they lobbed at her for years.