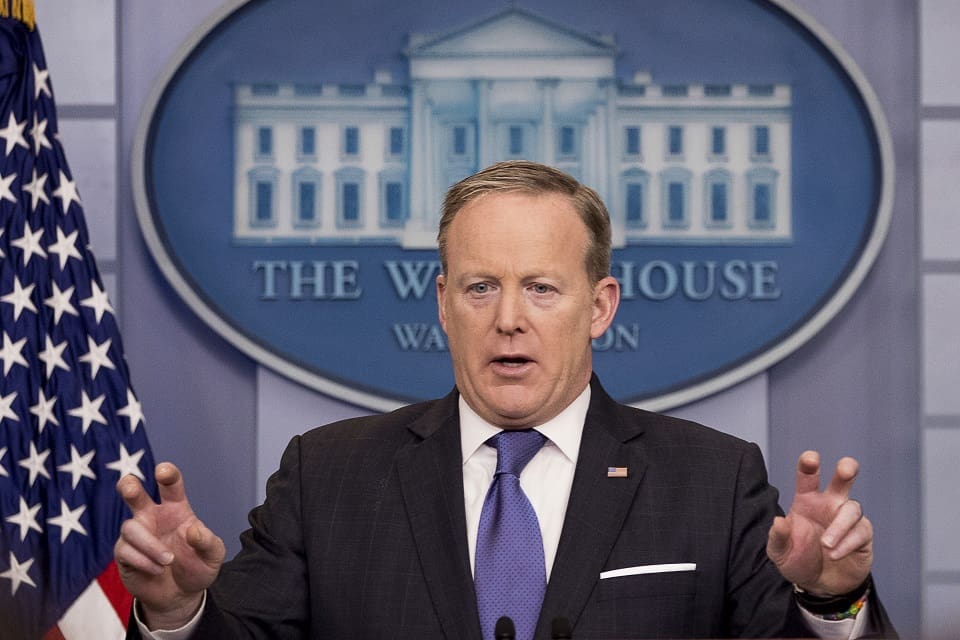 Rep. Steve King (R-IA) has shocked almost everyone with his overtly racist tweet about America being overrun with "somebody else's babies," but Republicans have been slow to denounce King, and so has Donald Trump.

A very small number of elected Republicans have denounced Rep. Steve King (R-IA) for this overtly racist and xenophobic tweet:

Those Republicans who have failed to repudiate King's widely-reported tweet now include Donald Trump. When Time Magazine's Zeke Miller asked White House Press Secretary Sean Spicer about King's remarks, Spicer knew exactly what Miller was talking about, but did not have an answer:

MILLER: Congressman Steve King is catching some flak for a tweet saying that we can't restart civilization with "somebody else's babies." Does the White House have any reaction to that?

SPICER: I will definitely touch base with the president on that and get back to you on that.

Trump's silence follows a familiar pattern that he has used in the past regarding support from the likes of Ku Klux Klan icon David Duke, and the string of anti-Semitic incidents that have occurred this year. In both of those instances, an initially-silent Trump eventually commented after mounting pressure to do so.

This pattern allows Trump to send the clear message to his white supremacist followers that he is with them and will only speak out when forced to, and only after attacking the people who have the nerve to ask him in the first place. Even after Trump denounced the anti-Semitic incidents, he theorized that they were the result of some "false flag" operation, another area of common ground with Duke.

Trump knows he risks alienating his base by denouncing King, and thus Spicer had no comment ready even while certainly knowing he would be asked about it. And if they ever do offer a response, it will likely only be once he has been pressured to do so, and in a manner that makes clear he is only paying lip service.