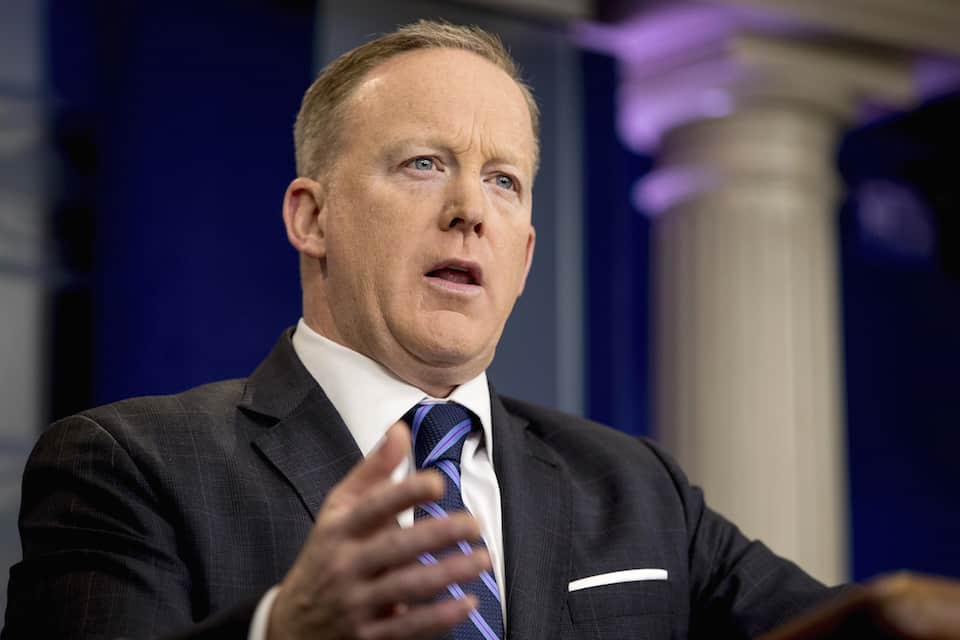 One of the things that Donald Trump's token military strike on a Syrian air base was supposed to accomplish was to erode the narrative that Trump is weak on Russia, despite the fact that Trump informed Russia of the strike before he told our own Congress.

Further damaging that message was White House Press Secretary Sean Spicer, who literally called the hostile power — which is currently under sanction for interfering in our elections — an "ally":

...work with allies, including Russia, in committing to ensuring that there are places that are free from violence...

Russia, on the other hand, stands with Syria, North Korea, and Iran.

If that is Spicer's idea of an "ally," we are all in big trouble.