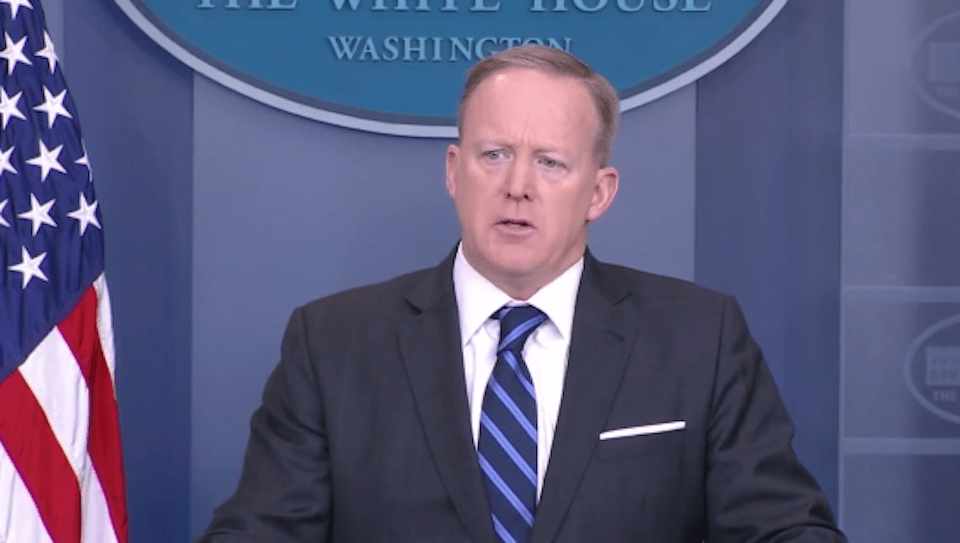 White House Press Secretary Sean Spicer repeatedly told reporters that we should "stop the deterrence" of chemical weapons, while at the same time insisting we should "ensure the proliferation" of the weapons. He really has no idea what he is talking about.

The aftermath of Donald Trump's unilateral and ineffective airstrikes on Syria make clear that this administration does not understand the concept of deterrence, which White House Press Secretary Sean Spicer illustrated when he repeatedly told reporters that we need to "stop the deterrence" of chemical weapons.

At a White House daily press briefing, Spicer alternately misused the terms "proliferation" and "deterrence" with regard to Syria's chemical weapons attack on civilians last week:

...the reason that we took action was multifold -- number one, to stop the proliferation and deterrence of chemical weapons...[edit]

I think the action that we took last week has been widely praised, domestically and internationally, as a great step to ensure the deterrence and proliferation of chemical weapons. [edit]

We continue to urge further the world community to join us in this, in both stopping the deterrence and proliferation of use of those weapons.

Whether Spicer's gaffe that we should stop both the proliferation and deterrence of chemical weapons was simply a misspeak (or three), or a fundamental misunderstanding of what those words mean, his flubs handily illustrate both an administration that substantively does not understand the concept of deterrence, and one that cannot get its story straight.