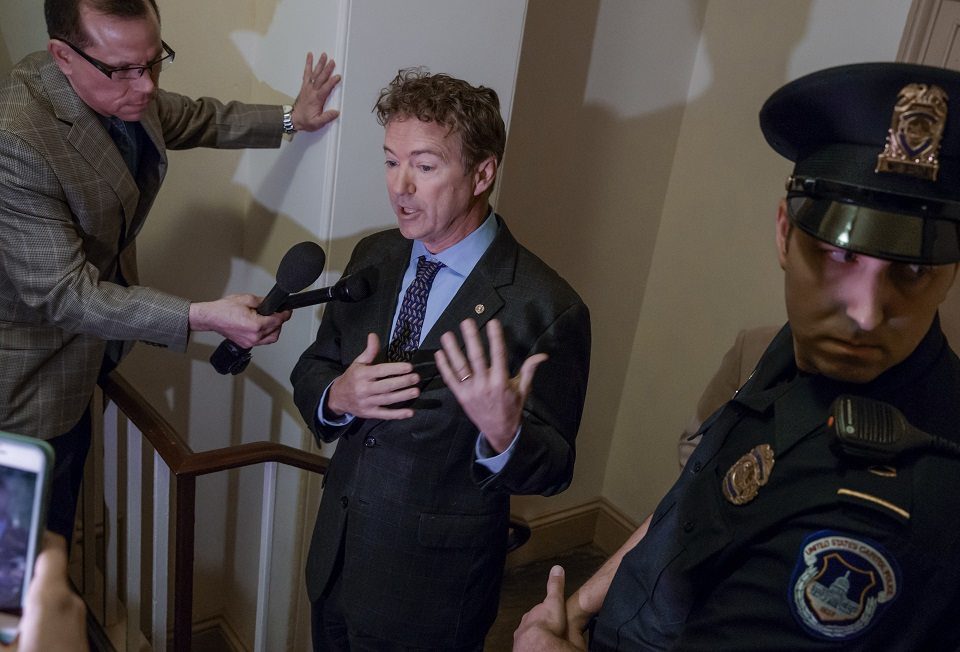 Republicans have put their secret plan to destroy the Affordable Care Act under lock and key, and they would not even let Senator Rand Paul in the room to look at it.

So far, the Republican effort to repeal and replace the Affordable Care Act has been a disaster, and the latest stunt from Speaker Paul Ryan (R-WI) and his fellow House Republicans is an utter farce.

Ryan and the House leadership have placed the draft legislation in a sealed room in the basement of the U.S. Capitol. They are not allowing any copies of the bill, which would affect millions of people across the country, out of the room.

And despite years of Republican complaints about giving the public time to see legislation before it comes up to a vote, they now plan to begin marking up the bill and holding votes on it before it receives a score from the Congressional Budget Office. Republicans are wary of scores from the nonpartisan CBO, because the agency has often exposed the true impact of their efforts, detailing the millions who will lose insurance and the extreme costs that taxpayers will be forced to cover.

Their shenanigans got even more absurd, as Senator Rand Paul (R-KY), no friend of health care reform himself, was told he could not view the secret legislation.

I have been told that the House Obamacare bill is under lock & key, in a secure location, & not available for me or the public to view.

@RandPaul This is unacceptable. This is the biggest issue before Congress and the American people right now.

Of course, Paul's main concern is that he does not think the Republican plan is conservative enough, because it is not the "full repeal" that had been promised, which would give more power to private insurance companies and take away more coverage from individuals. But even he realizes that keeping this legislation out of the public’s eyes is unconscionable, noting, "I demand the House release the text of the bill. Every elected official & every American deserve to know what they're trying to do."

But his demands fell on deaf ears. When Paul went to the Capitol basement and tried to access the room where the secret bill is reportedly being held, but he was physically denied access.

Rep. Steny Hoyer (D-MD), the House Minority Whip, also went to the Capitol basement to find the secret GOP legislation, but was unsuccessful.

Republicans are trying to avoid public scrutiny because they have been bombarded by protests, phone calls, faxes, and emails over their hostility towards the law and their plans to make health insurance more difficult to obtain. A nationwide revolt is in full force, and they are already on record admitting that the protests could scuttle their efforts.

Which is why they are hiding the legislation in the basement, and desperately trying to avoid the sunlight of public scrutiny.