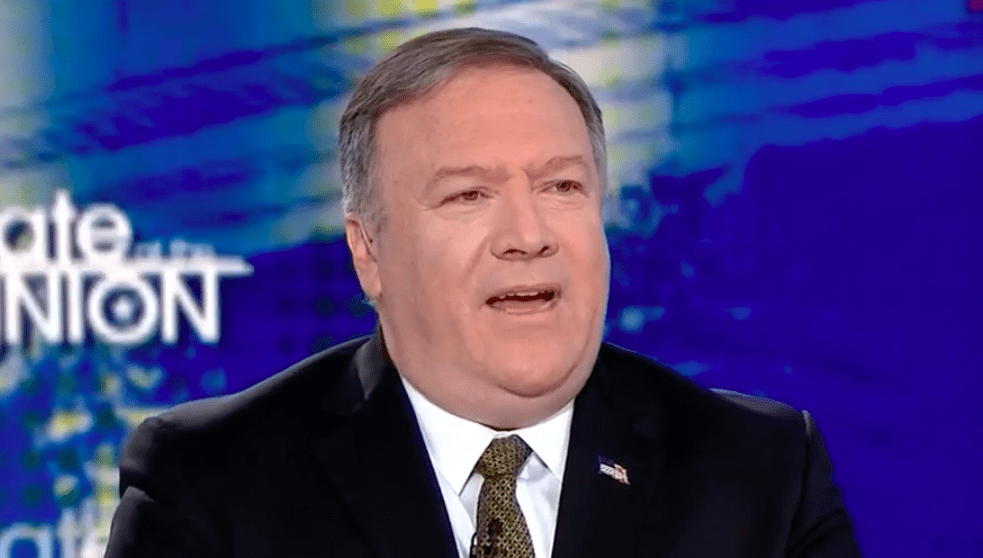 Mike Pompeo desperately tried to cover for Trump's ignorance, but all he did was make both of them look worse.

In a surreal exchange with CNN's Jake Tapper on Sunday, Secretary of State Mike Pompeo accidentally admitted that he thinks Trump lied to the entire world by proclaiming victory after his last disastrous summit with North Korea.

And when Tapper confronted Pompeo on the contradiction, Pompeo told a blatant lie himself by claiming Trump really meant the opposite of what he said.

"Do you think North Korea remains a nuclear threat?" Tapper asked Pompeo on CNN's "State of the Union."

"But the president said he doesn't," Tapper pointed out.

"That's not what he said," Pompeo lied.

Tapper quickly called Pompeo on his lie — that in fact, right after returning from the first summit, Trump tweeted, "There is no longer a Nuclear Threat from North Korea."

"What he said was that the efforts that had been made in Singapore, this commitment that Chairman Kim, may have substantially taken down the risk to the American people," Pompeo said.

The reality, of course, is that North Korea celebrated the last summit because Trump was so diplomatically impotent and managed to leave the U.S. in a worse position than before.

Instead of forcing Kim Jong Un to make concessions on nuclear issues, Trump further legitimized the dictator by granting him a friendly meeting, parroting his propaganda, and even saluting one of his top generals.

And since then, North Korea has continued to pursue weapons of mass destruction while threatening America and its allies.

Pompeo's absurd denials underscore just how badly Trump is disconnected from reality — and just how dysfunctional the Trump administration is when it comes to foreign policy and national security.

Pompeo and other high-level Trump advisers, along with the vast majority of Americans and other global observers, understand full well that America didn't achieve the goal of lessening the North Korean nuclear threat.

Yet after the meeting, Trump continued to declare victory and said the regime had begun to destroy its arsenal.

Trump recently attacked his own intelligence officials for contradicting him on basic global security issues, including North Korea.

Perhaps that's why Pompeo, like so many who surround Trump, chose to feed his delusions instead of tell the truth: that Trump is wrong and doesn't know what he's talking about.