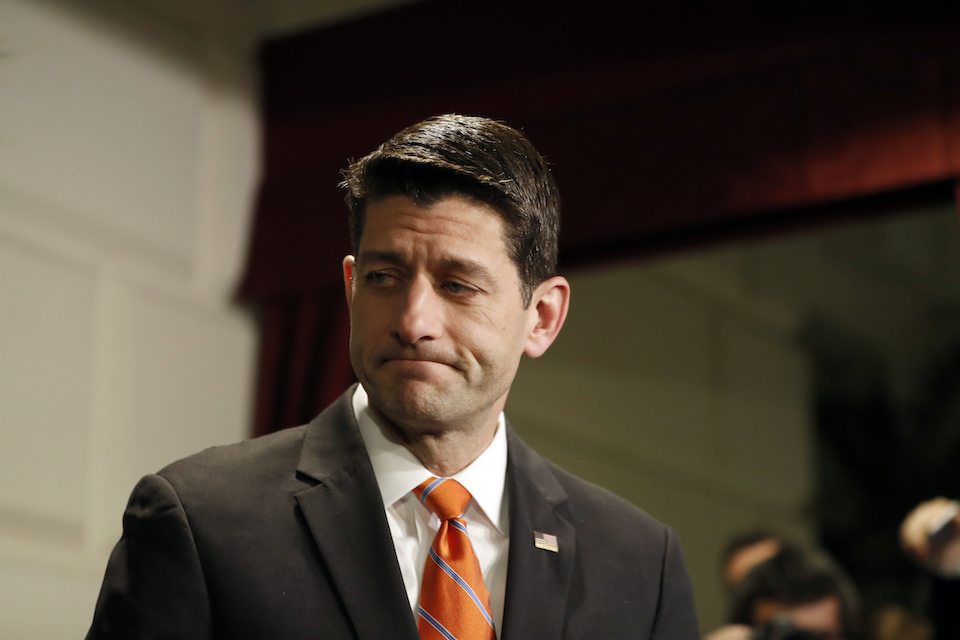 CBS News tracked down the woman Paul Ryan used to promote his tax bill, who got $1.50 extra a week. She wasn't impressed.

House Speaker Paul Ryan made a huge blunder when he boasted that his $1.5 trillion tax cut for corporations and billionaires was working by citing a high school secretarys pay that went up by $1.50 a week.

The comment prompted a wave of backlash on social media, which forced him to delete his tweet and spurred thousands of people to give $1.50 donations to his Democratic challenger Randy Bryce.

But the embarrassment for Ryan did not end there. On Monday, CBS News managed to track down the $1.50-a-week richer secretary from the Associated Press report Ryan shared, and she did not exactly give his comments, or the GOP tax bill, a warm endorsement.

Im really surprised, actually, said the secretary, Julia Ketchum, to reporters in a video call interview. Because the paragraph above my quote and the paragraph below my quote, those folks got hundreds more. Hundreds. And I got a  I get a $1.50 per paycheck more.

So it shows me that he might not have read the whole article, Ketchum concluded.

So uh, @CBSNews tracked down the secretary who got the $1.50 @SpeakerRyan was so excited about and she doesn't seem super thrilled. pic.twitter.com/qZsIyJol07

Ketchum was, if anything, understating things. There are a few people who will fare way, way better under the GOP tax scam than anyone in the AP article. Among them is Paul Ryan himself, who stands to get a $19,000 tax cut. And then there are the Koch brothers, who according to Americans for Tax Fairness could reap as much as $1.4 billion and who made out a gift of $500,000 to Ryans election committee as soon as the bill passed.

And a lot of people will do worse under the new tax plan.

Take the 5,000 workers who are losing their jobs as Kimberly-Clark uses their tax break to facilitate layoffs. Or the workers at the Kansas City Harley-Davidson plant that's shuttering partly due to the GOPs tax changes. Or millions of Americans who will see their health insurance premiums spike or lose coverage entirely because Republicans repealed the individual mandate.

Ryan is clearly regretting his choice to hold up Ketchums $1.50 pay raise as an example of the miracles of his tax plan. But as far as Ryans claims go, that one ended up being more honest than most.