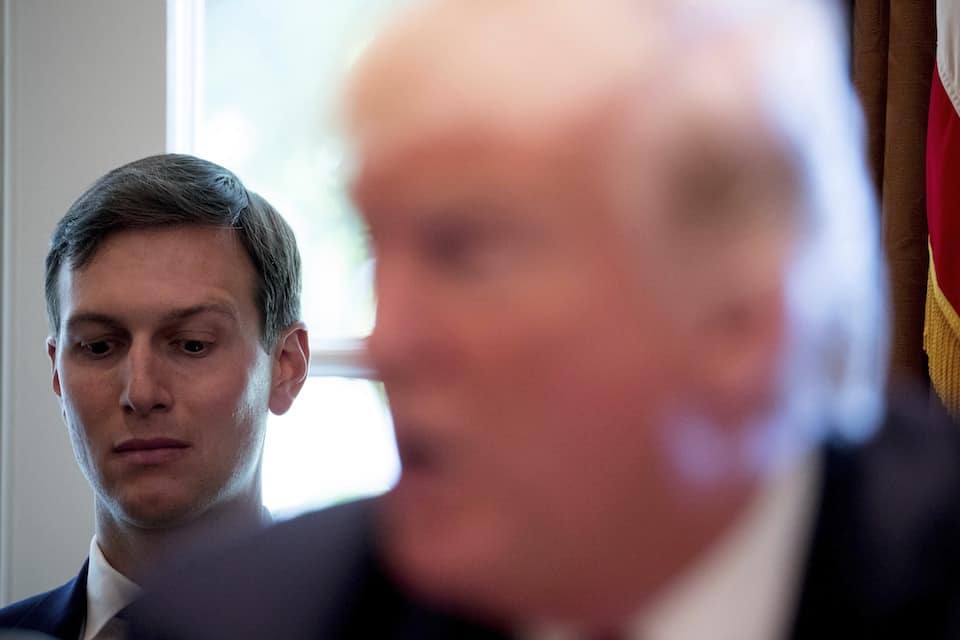 A conspiracy in the White House opens up the possibility of criminal charges extending far beyond Jared Kushner and possibly to Donald Trump himself.

Sen. Richard Blumenthal (D-CT) believes that Jared Kushner and others in the White House could be subject to federal criminal charges of conspiracy.

Kushner has previously been confirmed as a "person of interest" in the FBI investigation into possible collusion between his father-in-law, Donald Trump, and the Russian government.

Appearing on MSNBC's "Hardball" with Chris Matthews, Blumenthal discussed his and his Democratic colleagues' call for a review of Kushner's security clearance and then proceeded to make the significant observation with regard to potential charges of conspiracy:

BLUMENTHAL: I've asked today, as a matter of fact, Chris, along with two of my colleagues, Senators Franken and Hirono, and, on the House side, Congressman Cummings, that his [Jared Kushner's] security clearance be reviewed.

Two reasons. First of all, among others, that he had these clandestine conversations with the head of the major bank in Russia, who had ties to Putin and to the intelligence community in Russia. And second, this effort to establish a back channel using Russian diplomatic facilities. So, those potential errors in judgment — not to mention divulging confidential information — require a security clearance review for him.

And I think there is an untold and unused term here, which is very important to understand, and that term is conspiracy. Because, if Flynn, and others in the White House, in any way agreed or even cooperated — or even some of them agreed and others cooperated — there could be a potential conspiracy charge against any one of them or all of them.

Kushner had multiple, undisclosed meetings with Sergey Gorkov, who graduated from the training academy for Russian intelligence operatives, has close ties to Russian President Vladimir Putin, and is the head of the Russian government's central bank. The alleged attempts by Kushner to set up covert communications channels with the Russian government within the Russian Embassy have been described by experts as "indicative of espionage."

Blumenthal is an member of both the Senate Judiciary and Armed Services Committees. Prior to being elected to the Senate, he served as a U.S. attorney for the state of Connecticut. He earned his law degree from Yale. As a veteran attorney, Blumenthal is not one to suggest charges of felony conspiracy lightly or to use such a term as a mere rhetorical tool.

The presence of a conspiracy in the White House opens up the possibility for criminal charges that could extend well beyond Kushner and even beyond those with direct knowledge or involvement in plans to violate the law, possibly even to Trump himself.