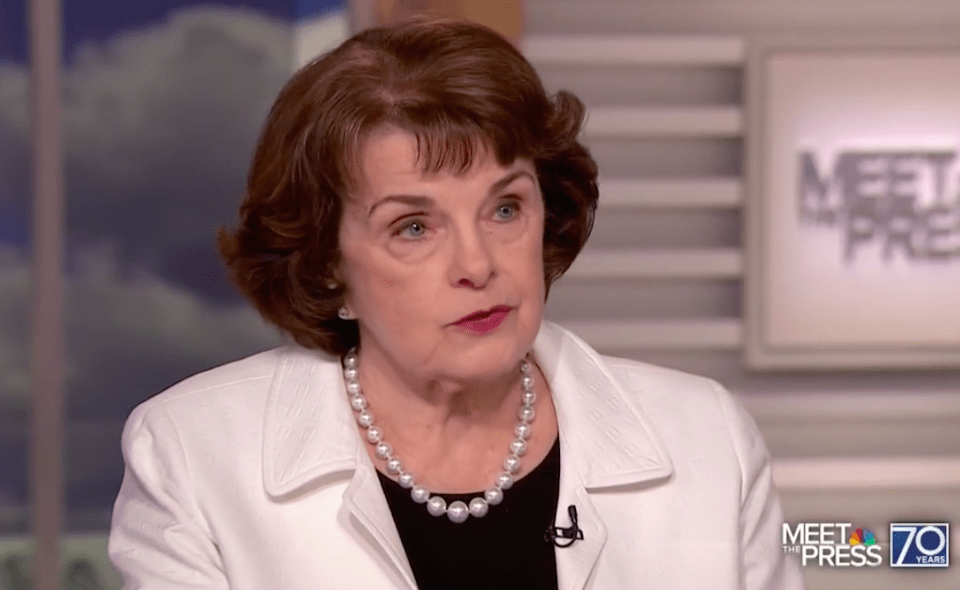 Even as the ink (and beer) dried on the House Republicans' destructive and unpopular healthcare repeal plan, Republicans in the Senate began plotting a way to shine it up enough to get it past fifty votes, let alone sixty.

Their first questionable step was to announce a working group composed entirely of men, to the exclusion even of the five Republican women currently serving in the U.S. Senate.

Senator Dianne Feinstein (D-CA) called out Republicans for excluding women from a group that will be making health care decisions that particularly impact women, telling Meet the Press guest host Andrea Mitchell that repeal would have to come off of the table in order for Democrats to consider supporting any bill:

MITCHELL: Do you think that something can come out of the Senate? Can enough Democrats go over, or enough moderate Republicans be persuaded that they should vote for something? What has to come out of the bill for you to consider supporting it?

MITCHELL: You're speaking of the working group that has been put together.

MITCHELL: And it's all male.

FEINSTEIN: And it's all male. And women's health is a big part of this, and women are a majority of the population, and their health interests deserve to be contemplated in any reform. My position is, and I believe this is the Democratic position: Don't repeal Obamacare. Take those sections, like the individual market, which has some problems in it, and deal with it and fix those sections. And it can be done. I'm really very worried that, in the rush to judgment, we create a major health care problem for people. And we lose a lot of jobs in so doing, and we create a whole atmosphere of unpredictability.

Feinstein's point is dead-on, despite the fact that all five Republican women currently serving in the Senate have cast votes to defund Planned Parenthood in the past. Excluding women from the working group sends a clear message to all Americans that women's voices do not matter, even on issues that directly impact them.

And as a practical political matter, it does little to garner support from those five women senators, each of which has expressed misgivings about elements of the bill.

More broadly, though, Feinstein is right to separate that concern from Democratic Party principles. Even if Republicans had a working group that was 100 percent composed of women, no Democrat would support a bill that repeals Obamacare, and throws 24 million people off of their insurance.