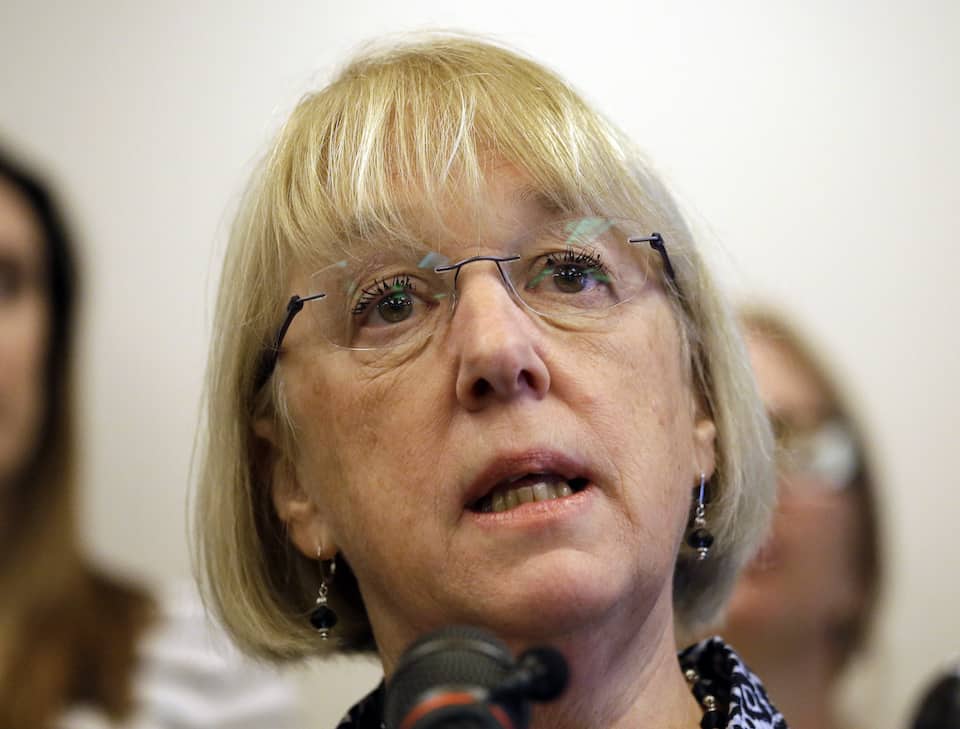 As a candidate, Donald Trump promised an agenda of bigotry and discrimination, and that is exactly what his administration is trying to deliver.

Donald Trump and his administration pay a lot of lip service to notions of equality and justice for all. But his policies tell another story. And Sen. Patty Murray (D-WA) is calling him out for it.

"President Trump and his Administration can claim to oppose discrimination all they want, but actions speak louder than words," Murray said in a statement, "and everything they are doing is making it clear that they want to defang and weaken the federal government’s tools to protect the civil rights and safety of people across the country."

Murray's condemnation is a response to a new memo from the Education Department's Office of Civil Rights (OCR), which gives regional officers more discretion in deciding which complaints from transgender students they choose to investigate — or ignore.

It's yet another horrifying example of the Trump administration's determination to reverse the progress and expansion of civil rights under President Barack Obama.

Catherine Lhamon, who led the OCR under Obama and worked on the guidelines to schools that expanded protections for transgender students, said the office's new guidelines are her "worst nightmare." It means that instead of following uniform federal guidelines, Lhamon said, the office "gets to pick and choose which cases it will open."

This is just the latest evidence that Betsy DeVos, the wholly unqualified billionaire donor who runs the Department of Education, has no problem with discrimination against students, even though she's tried to claim otherwise.

Just this week, in fact, she held a meeting with the virulently anti-LGBTQ groups Focus on the Family and the Family Research Council, which has been classified as a hate group.

It is hard to imagine why anyone would want to eliminate protections for the nation's most vulnerable students who are routinely subjected to discrimination, but it seems that's exactly what Trump's administration is trying to do, with DeVos leading the charge.

And as Murray rightly stated, no matter what Trump and DeVos say about discrimination, actions do speak louder than words, and their actions are deeply troubling.