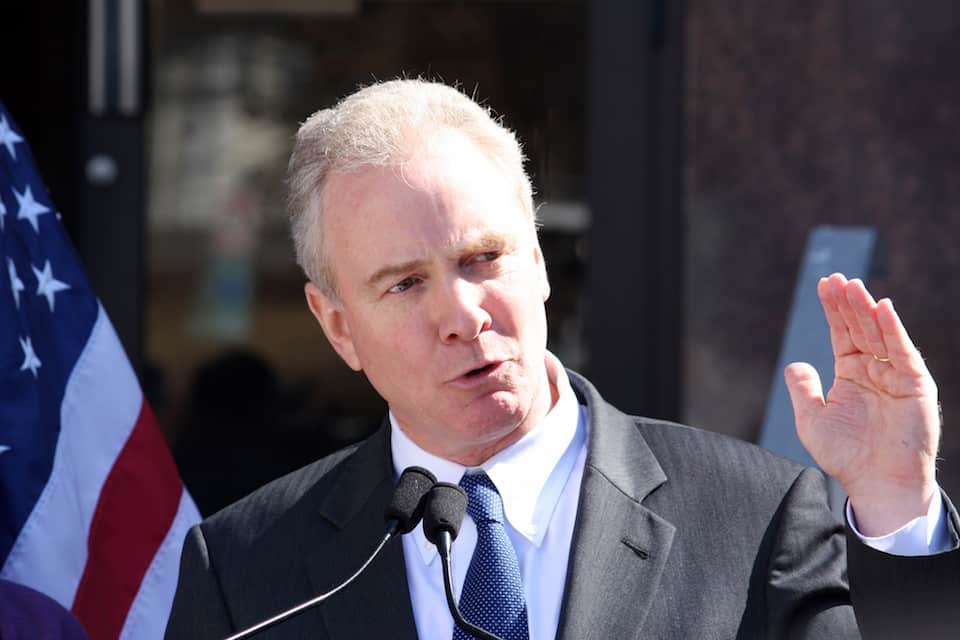 The Senate hearing on Russia's interference in our election, and the Trump team's possible collusion with a foreign government, revealed just how urgent the need is for a full and thorough independent investigation — for the sake of our democracy.

The Senate hearing on Russia's interference in the 2016 election revealed some terrifying and ugly truths about the very serious threats to our democracy — including from Donald Trump's own team.

During her testimony, former acting Attorney General Sally Yates repeatedly asserted that former National Security Adviser Michael Flynn was compromised and vulnerable to blackmail by Russia. Worse, though, was the fact that she warned the White House, and yet the Trump administration waited at least 18 days to do anything about it.

That delay, according to Yates, was an ongoing and increasing threat to our national security.

In a powerful statement on Facebook, Sen. Chris Van Hollen (D-MD) had some righteous indignation for his Republican colleagues who continue to obstruct the investigations into Russia's interference and Trump's possible collusion:

She tried to warn the White House that our national security might be compromised by a National Security Advisor who had lied about his contacts with the Russians. We now know that the White House ignored her warnings. They didn’t act to remove Michael Flynn until the Washington Post revealed that he had lied to the Vice President. It makes you wonder doesn’t it?

How could a White House ignore such a serious potential threat to U.S. national security? And why are Congressional Republicans more focused on attacking Sally Yates than getting to the bottom of the threat that Russian interference poses to our democratic process? We saw last week in France a country united against the threat of Russian interference in their elections—that’s what we should be seeing here at home.

Those who stand in the way of this investigation are a threat to the integrity of our democracy. Congressional Republicans and the White House need to stop blocking this investigation and start supporting a full and independent investigation that will get to the bottom of Russia’s interference in our election. The American people deserve answers.

The senator is absolutely right, of course. It is shameful enough that the White House has obstructed congressional investigations by refusing to turn over relevant documents. But Republicans ostensibly leading those investigations are also doing as little as possible to get to the truth.

Meanwhile, the House Intelligence Committee is also understaffed. As the committee's ranking member, Rep. Adam Schiff (D-CA), noted at the time, investigating "evidence that may be held by a hostile foreign government or may involve witnesses spread out throughout the globe" is an extremely complex and time-consuming matter.

That, as Schiff explained, is why the very serious investigation into Russia's interference should be conducted by an independent body "that would be completely immune from any political pressure," and would have the necessary staff and resources to get the answers Americans deserve.

Yates' Senate testimony, like the testimony of FBI Director James Comey, made it clear that the need for a full and independent investigation into the Trump team's ties to Russia, and its subsequent attempts to cover up those ties, is an urgent matter of national security.

As Van Hollen and other Democrats have rightly said, Americans have a right to know the truth about what happened during our election. We need to know whether and how it was influenced by a foreign entity, and most critically, whether the sitting president or any members of his team were in any way complicit.

The integrity of our democracy depends on it.