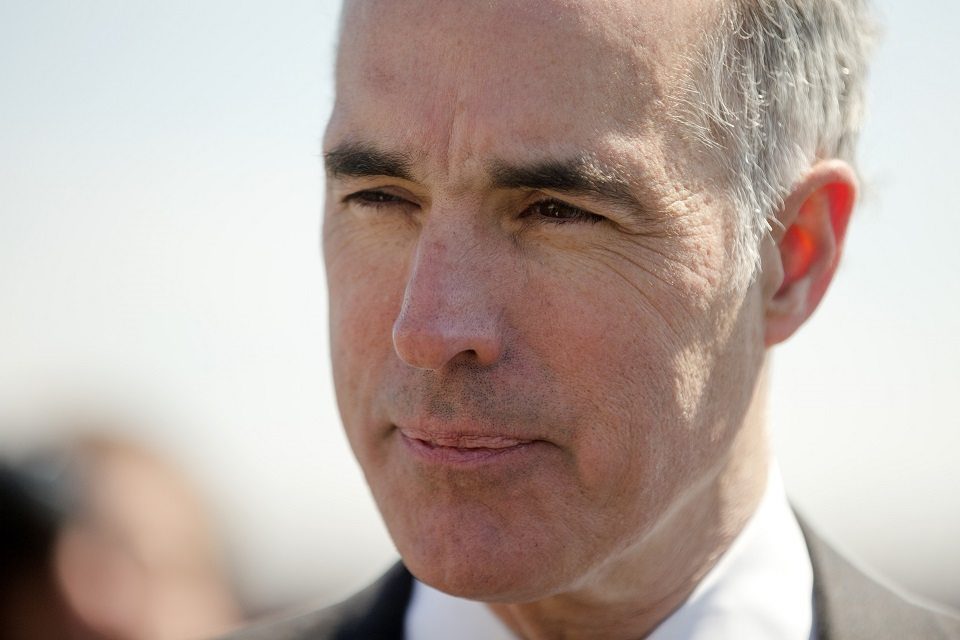 The Republican repeal and replacement plan for Obamacare is an abomination. But Democrats are ready to fight this destructive plan that would strip health care from millions of Americans.

It took the Republican Party 2,541 days since its passage to legislatively introduce what they are presenting as a replacement for the Affordable Care Act, aka Obamacare. The "American Health Care Act" bill introduced by Republicans is a dud on arrival that rolls back a safety net millions of Americans rely on, in a process notable for its deception and duplicity.

Fortunately, the bill faces intense opposition from Democrats, and even a few Republicans have begun to retreat from the bill engineered by House Speaker Paul Ryan (R-WI) and his right-wing henchmen on Capitol Hill.

Immediately after the text of the bill was released, Democrats announced they would fight it tooth and nail, refusing to give the legislation credibility it has not earned.

They better brace themselves for a fight. https://t.co/qxhmtQwvyG

The Trump Administration should brace themselves for a fight. We deserve nothing less than the full range of safe reproductive care. https://t.co/EL88oIj274

Rest assured that I, and millions of women and men across the country, will stand up for the healthcare we deserve.

GOP health plan's proposal on Medicaid is a disgrace to our nation and I will fight it with everything I have. https://t.co/Ps4po3mXB0

This would mean cuts for seniors, those with disabilities and those with low incomes. Hell no, I won't go along with it.

Republicans have kept the bill away from public scrutiny, put under lock and key in a basement room in the Capitol, available only to sympathetic allies. Even Senator Rand Paul (R-KY), who has come out in favor of a far more severe and conservative replacement plan, was barred from viewing the draft legislation.

The plan is reportedly to push the legislation through and have it signed by Donald Trump into law before it is even scored by the nonpartisan Congressional Budget Office (CBO) — likely because previous CBO analysis of earlier and leaked versions of the Republican plan revealed millions of people would lose health insurance coverage.

House Democratic Leader Nancy Pelosi (D-CA) highlighted this attempt to deceive in a statement, noting, "Without a CBO score to reveal the catastrophic consequences of their Make America Sick Again bill, Republicans must not move forward with a committee vote.  The American people deserve to see what Republicans are trying to do to their health care."

Pelosi elaborated on the problems with the bill in an appearance on CBS This Morning:

"Just when you think you've seen it all, the Republicans go to a more extreme place," Rep. Nancy Pelosi says on Obamacare replacement bill pic.twitter.com/HE8EH36l73

KING: ...it's no surprise to you that he said this was a better plan than Obamacare. I’ve heard the Democrats’ rallying cry now is "Make America Sick Again."

KING: So, what is your reaction to what you’re hearing this morning? What concerns you most?

PELOSI: Just when you think you’ve seen it all, the Republicans go to a more extreme place. This will make millions of people — it’s a question of 10, 15, 20 million people — off of having health insurance. It will be the biggest transfer of wealth from low and middle income people to wealthy people in our country. You don't think of it that way. That’s why we say to them: Show us the numbers. Show us the numbers of that. But the impact is personally on people, show us the numbers as to how many people will be thrown off. It is real — it couldn’t be worse.

By comparison, despite Republican rhetoric to the contrary, the Affordable Care Act was legislatively introduced in late 2009 but not signed into law until March of 2010. It was debated at length in the House and Senate, as well as in the public sphere in contentious town hall meetings, in the media, and online. Provisions of the bill were picked apart and examined, facing political bickering, unified Republican opposition and legislative tactics that helped to delay its passage.

Obamacare was public for 30 days after weeks of hearings. House GOP just released their plan & will force vote in 2 days w/ public in dark. https://t.co/nrjeviqsLT

The bill’s contents are even more appalling and disappointing, and show that Republicans simply do not care about the massive disruption it would cause to Americans in dire circumstances. Michael Hiltzik of the Los Angeles Times describes it as "a nastier, more consumer-unfriendly proposal than even close followers could have expected."

As is so often the case with legislation Republicans champion, the bill is a giant tax cut for the extremely wealthy. The taxes in Obamacare, which have fueled an unprecedented expansion of health insurance, would be repealed to the tune of $346 billion over 10 years, all going to those earning over $200,000. Additionally, this massive tax cut would harm the funding for Medicare, a program millions rely on for coverage.

A glaring example of how the bill would erode health care, rather than help it, is the provision to defund Planned Parenthood — the newest attempt in a repeated campaign by conservatives to attack the organization that provides health services to women, particularly those in lower economic brackets. NARAL Pro-Choice America slammed this in a statement, pointing out, "The GOP obsession with repealing the ACA and defunding Planned Parenthood is a perilous one that comes with a high cost to the public, and to the GOP's future in politics. Rest assured that NARAL’s 1.2 million member-activists will stand up to this latest GOP attack on our health care."

The bill further attacks choice by forbidding federal tax subsidies for health care plans that include abortion coverage, even if the insured person does not actually get an abortion.

Medicaid expansion would be repealed as of December 31, 2019, and those who have received care as a result would be left out in the cold. Even some Republicans have said this goes too far for them. Senators Rob Portman (R-OH), Shelley Moore Capito (R-WV), Cory Gardner (R-CO), and Lisa Murkowski (R-AK), all represent states that have enacted Medicaid expansion and have said they will oppose a bill that repeals it. In a letter to Senate Majority Leader Mitch McConnell (R-KY), the Republicans said, "Reform should not come at the cost of disruption in access to health care for our country’s most vulnerable and sickest individuals."

The legislation also eliminates employer and individual mandates, which are necessary to keep health insurance markets afloat. Hiltzik points out that "Individuals would be able to drop their coverage immediately, which will wreak havoc with the market starting right now."

Instead of subsidies based on income, Republicans have changed the formulation to focus on age. Right now, Obamacare helps households who cannot afford insurance to do so via those income-based subsidies. The Republican alternative would instead finance younger, wealthier people. Discussing an earlier draft with a similar provision, the Kaiser Family Foundation said, "People who are lower income, older or live in high-premium areas would be particularly disadvantaged."

Vox’s Sarah Kliff notes, "The replacement plan benefits people who are healthy and high-income, and disadvantages those who are sicker and lower-income," a toxic brew and yet the best Republicans could come up with after seven years.

And that is what has led to previously uninvolved Americans facing down Republican legislators in town halls across the country, alarmed that the party in power is dead set on eliminating their health insurance. It is the mindset fueling the resistance to the Trump-Ryan agenda, and why this bill will be opposed with vehemence, perhaps unlike anything we have ever seen before.