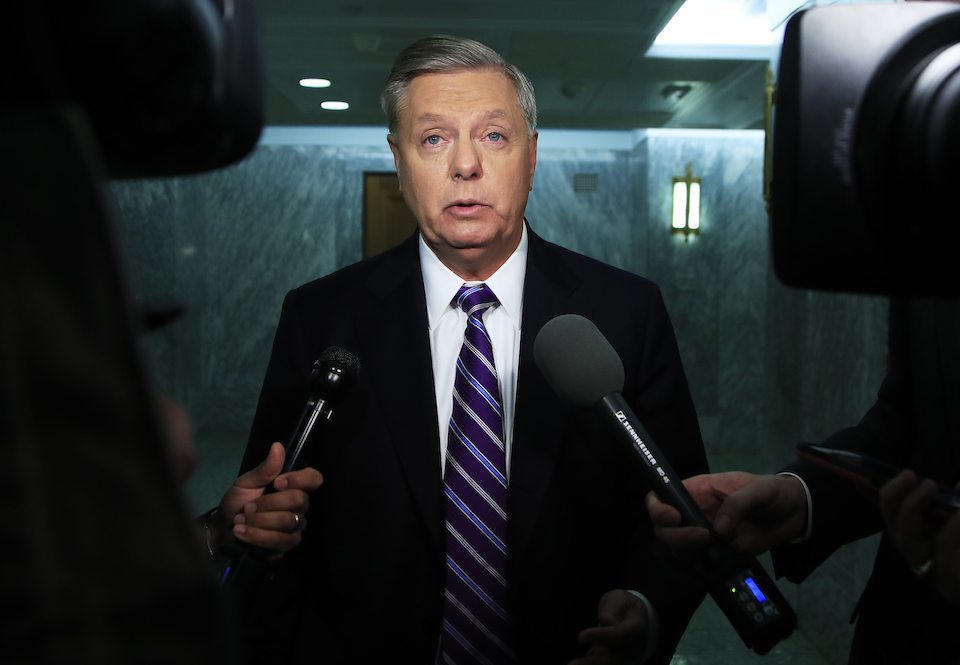 In pushing their disastrous health care bill, Senate Republicans are now trying to buy off Alaska Republican Sen. Lisa Murkowski by exempting her state from almost the entire thing. But if Obamacare is such a failure, why would the GOP try to bribe each other with it?

The Graham-Cassidy Obamacare repeal bill is still just shy of the 50 votes it needs to pass the Senate, and Republicans are getting desperate as the September 30 deadline gets nearer.

One of their main targets is Sen. Lisa Murkowski of Alaska, who has solidly voted against previous GOP repeal bills, but who has publicly remained undecided for this one.

Republicans have apparently had no luck getting a commitment from her so far, because their latest tweaks to the Graham-Cassidy bill are clearly and pathetically engineered to buy her vote.

Under the latest revisions, Alaska gets to keep the Obamacare tax credits while they are phased out elsewhere. The state is also exempt from the drastic changes to Medicaid cost structure, like block grants and per-capita caps, that the rest of America gets.

And for good measure, Alaska and a few other small, rural states will have their Medicaid matching rates increase.

Essentially, the deal is that Alaska gets to still have Obamacare in return for Murkowski's vote to repeal it everywhere else.

The GOP is, in effect, admitting their entire rationale for repealing Obamacare is a farce. If Obamacare is such a failure, then why would a senator who is on the fence be persuaded to repeal it by being bribed with ... Obamacare?

Paying off Murkowski is not a new tactic. In July, Senate Majority Leader Mitch McConnell similarly tried to carve out Alaska in the Better Care Reconciliation Act after Murkowski said she would not vote for the bill. On that occasion, she stood firm and refused to take the bribe. The question is whether her principles can withstand the test this time, too.

Republicans are too busy picking fights with late night host Jimmy Kimmel, and are no longer even pretending to have any reason or merit behind their repeal effort.

Bribing a GOP senator with Obamacare is simply a desperate and ridiculous last gasp.