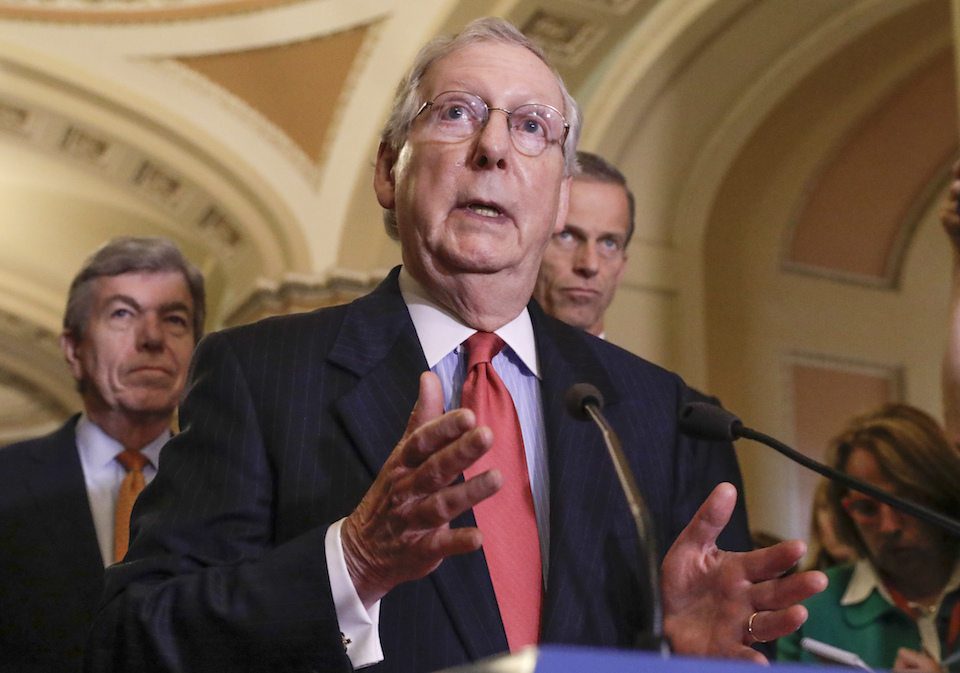 It has been nearly four weeks since the deadliest mass shooting in modern American history. Republicans in Congress have done nothing to keep American safe. They did, however, pass a bill gutting their right to sue banks.

For a brief period, it looked as though the horrific Las Vegas shooting that killed 58 people and injured 548 others might finally be the moment Congress would act on gun violence.

The firearm attachments used by the killer, called “bump stocks,” serve no reasonable civilian purpose, upgrading semi-automatic weapons into fully automatic machine guns. Some Republicans suggested they would be open to banning these devices.

That was almost four weeks ago. Since then, acquiescing to the NRA, Republican leaders declared that regulating bump stocks is Trump’s responsibility, not theirs — effectively letting the whole issue die.

But while Republican lawmakers feel no sense of urgency to protect the country from another mass shooting, they have leapt into action to protect something else: big bank profits.

Late on Tuesday night, while everyone was watching the World Series, Senate Majority Leader Mitch McConnell forced through a bill to eliminate a regulation that prevents financial companies from slipping language into contracts banning people from suing them.

This practice, known as “forced arbitration” or the “ripoff clause,” is routinely used by banks and credit bureaus like Equifax to prevent legal challenges. If a bank defrauds or scams a consumer, instead of a trial in court, the consumer has to go to “arbitration” mediated by a person the company gets to pick. This setup does not even have a pretense of due process — 91 percent of consumers who file arbitration complaints lose.

The rule banning forced arbitration was passed in July by the Consumer Financial Protection Bureau, and it was wildly popular. Everyone from consumer advocates to unions to veteran groups supported it. Even a recent poll conducted by a Koch brothers-funded group found that 67 percent of Americans and 64 percent of Republicans supported it.

Meanwhile, polls also show that 82 percent of Americans want a ban on bump stocks, and 64 percent want gun laws in general to be stricter. Whatever is dictating the items on the Senate floor, it is definitely not public opinion.

When Congress will immediately rush through a bill to protect Wall Street from victims of their scams, but will not even discuss a bill to protect everyday Americans from machine gun fire, there is a serious problem — and the only fix is a change of leadership.