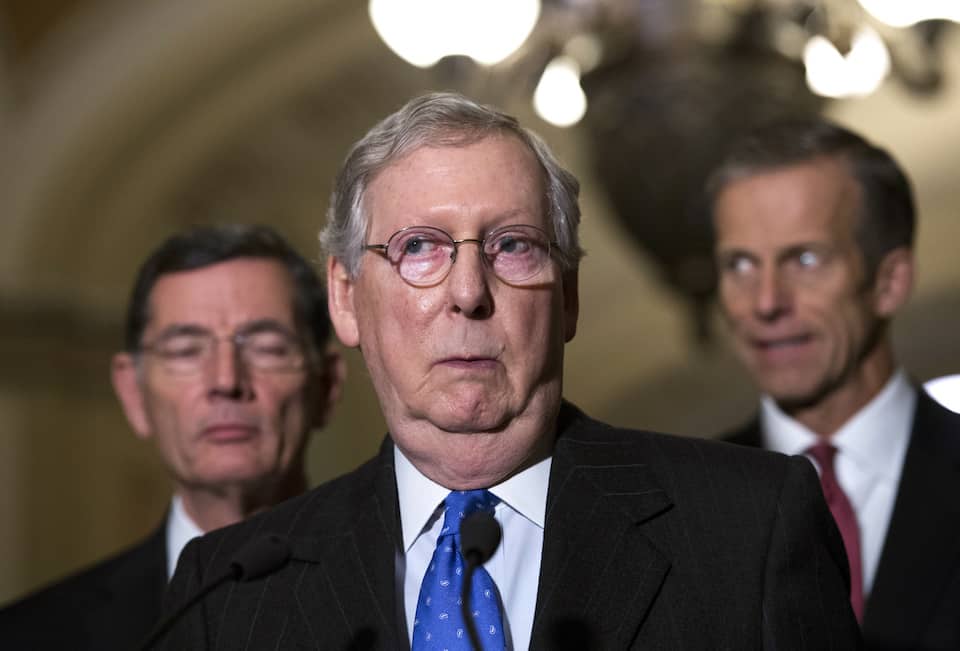 Donald Trump said the House health care bill was "mean" to the poorest Americans, but the Senate plan is even worse.

Senate Republicans, led by Majority Leader Mitch McConnell, are reportedly pushing for a level of cuts to Medicaid more onerous than those in the bill passed by Republicans in the House.

The Hill reports that the Senate bill would follow along with the House bill, then cut spending on the vital health program even more starting in 2025. The House bill proposes $800 billion in Medicaid cuts, which the nonpartisan Congressional Budget Office (CBO) determined would throw 14 million off the program.

The Republican initiative has consistently targeted programs and policies designed to help the most vulnerable while cutting taxes for the extremely rich.

Medicaid was developed to help those vulnerable Americans get access to health care, specifically families and individuals in lower income brackets who would otherwise suffer because they couldn't afford necessary medical care.

Even Donald Trump has reportedly admitted behind closed doors that the Republican approach — which he has publicly backed and continues to endorse as one of his signature legislative goals — is "mean."

The legislation is extremely unpopular, and some Republicans are very aware that associating themselves with it is not good for their public image.

Both Sen. Rob Portman of Ohio and Sen. Dean Heller of Nevada — who each represent swing states that lack strong Republican majorities — have said they don't support steeper cuts than those in the House bill. Heller is up for re-election in 2018, a race which the Cook Political Report currently characterizes as "lean" Republican, before any major Democrats have even declared their candidacy. Notably, Hillary Clinton won Nevada in 2016 by 2.4 percent.

But the GOP leadership has shown no signs of a similar awareness. McConnell and his Senate allies are attempting to draft the details of their even harsher health care bill behind closed doors, cutting off public access to legislation that would affect millions of Americans if enacted.