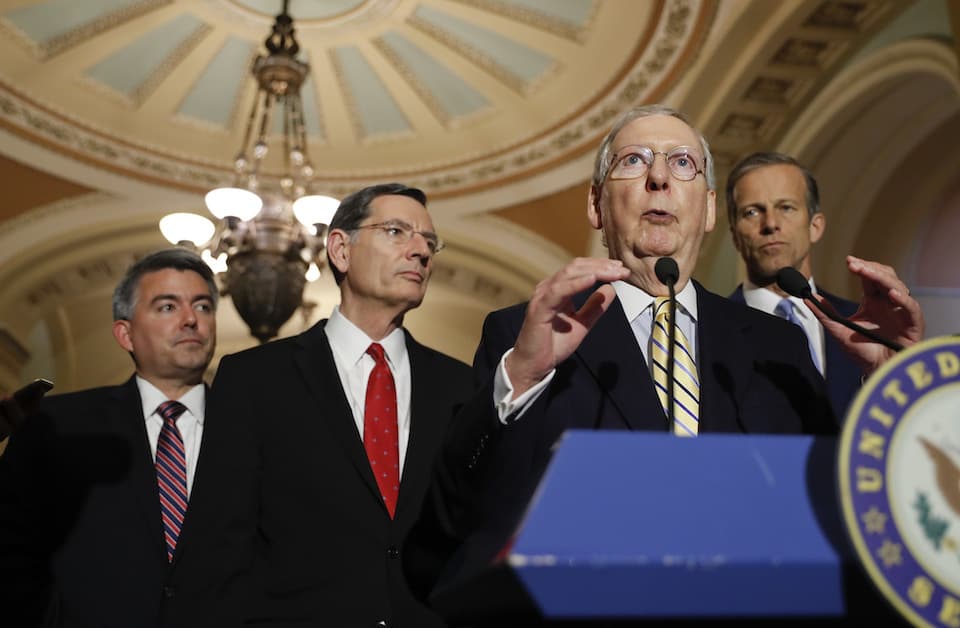 Republicans released the names on the Senate working group who would be drafting their version of the health care repeal bill. In a wholly unsurprising move, it is all men — despite the massive impact their bill would have on women in America.

The working group selected by the Senate Republican leadership to draft their answer to the House Republicans' health care repeal bill is composed of 13 men — and not a single woman.

13 men at the table — despite the fact that critical issues affecting women and others who need reproductive care, such as funding for Planned Parenthood, have been a key element in the legislation (the House bill strips funding for the organization).

Mother Jones notes the exclusion is even more striking because Republicans will likely need the help of the women in their caucus (there are 5 female Republican senators) to pass the bill, and they have expressed considerable skepticism of the House bill.

Sen. Shelley Moore Capito (R-W.Va.) cosigned a letter earlier this year objecting to the House's proposal to end Medicaid expansion, which has helped lower the uninsured rate for adults in her home state from 22 percent in 2011 to 8.7 percent in 2015. Republican Sens. Susan Collins (Maine) and Lisa Murkowski (Alaska) have both objected to the bill's provision defunding Planned Parenthood.

Never forget, some of the people in this photo admitted they didn't read the AHCA bill, voted for it anyway, then cheered for themselves. pic.twitter.com/QO4hRJ42qy

Republicans have a woman problem, especially under the leadership of Trump, who has a long track record of misogynistic comments and behavior. Passing a health care repeal bill that would bring untold harm to millions, particularly those in need of reproductive health services, only exacerbates that problem — and makes it crystal clear how little the GOP cares about fixing it.