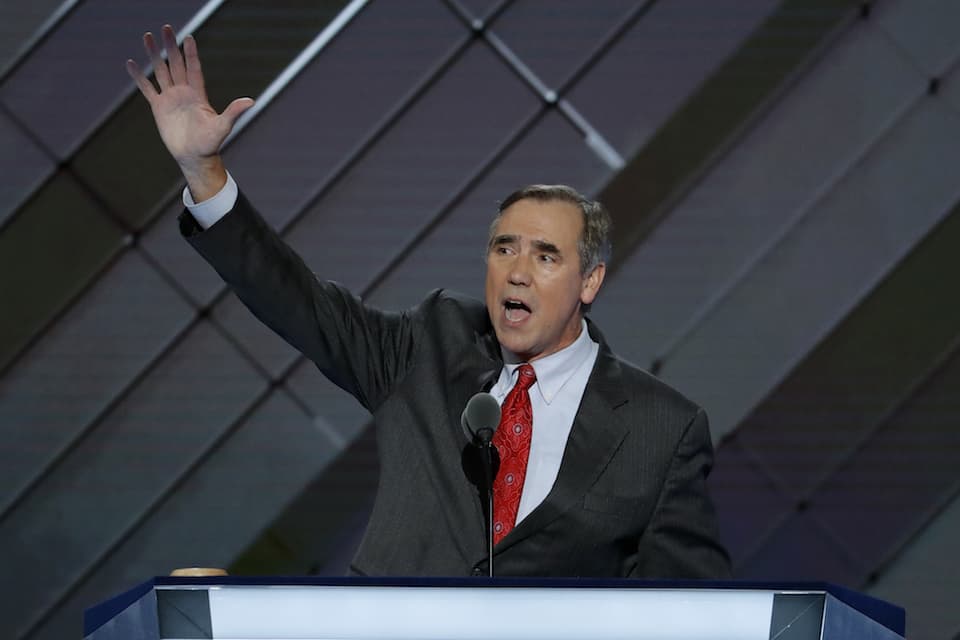 Democratic Senator Jeff Merkley of Oregon put his iron man training to use, delivering an epic rhetorical marathon on the floor of the U.S. Senate, in opposition to Donald Trump's Supreme Court nominee, Judge Neil Gorsuch. And he has not stopped yet.

Senator Jeff Merkley (D-OR), an actual iron man triathlete, took to the Senate floor at 6:46 pm on Tuesday night, and for more than 15 fifteen hours — and counting — he has been speaking in opposition to the nomination of Neil Gorsuch, Donald Trump's choice for the Supreme Court that Republicans stole from President Obama.

Merkley began his crusade by pointing out on Twitter that the seat is "a stolen seat" and "if this theft is completed, it will undermine the integrity of the court for decades."

Make no mistake: this is a stolen seat–& if this theft is completed, it will undermine the integrity of the court for decades. #StopGorsuch

During his epic speech marathon, Merkley has highlighted Gorsuch's extremist positions and record, specifically his hostility to worker safety, the disabled, and other positions way outside of the mainstream.

Merkley also discussed the unprecedented obstruction faced by Merrick Garland, President Obama's Supreme Court nominee who did not receive the courtesy of hearings or a vote by the Republican majority in the Senate.

293 days without a fair hearing or vote. This is an unprecedented theft that cannot stand. #SCOTUS #StopGorsuch pic.twitter.com/de1zIO223y

Forty-four Democratic senators have indicated that they will filibuster Gorsuch's nomination, denying the 60 votes needed to grant cloture and a full vote in the Senate. In response, Majority Leader Mitch McConnell (R-KY) has indicated that he will trigger the "nuclear option," repealing the use of the filibuster.

Merkley's action, and the near-unity of Senate Democrats, is another inspiring example of the organized resistance to the Trump/Republican agenda and its increasing unpopularity.