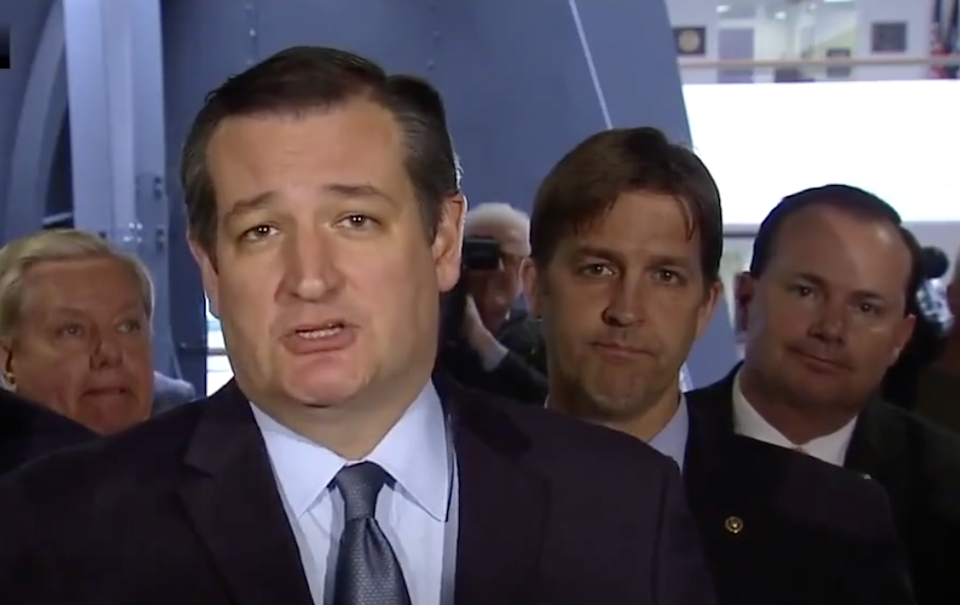 As Republicans cut health funding and regulations left and right, the only health care they are worried about protecting is their own.

One of the most disastrous new changes Senate Republicans made to their Obamacare repeal bill in the latest draft is the addition of the so-called "Consumer Freedom" amendment authored by Texas Sen. Ted Cruz.

Under the amendment, insurers would only have to offer one policy covering essential benefits and pre-existing conditions — and could sell tons of other plans that do not. Insurers have warned that if this passes, healthy people will buy cheap plans that cover nothing, and any plan with full coverage will go up by tens of thousands of dollars as only sick people sign up.

This would trigger a "death spiral" in insurance markets, and make it impossible for people to get coverage for things like maternity care, rehab, mental health treatment, prescription drugs, or birth control. It also means people with pre-existing conditions would be priced out of any coverage at all.

Senate Republicans, however, seem aware what a catastrophe the Cruz amendment would be for essential benefits. That is why they exempted themselves from it.

As Sarah Kliff writes in Vox, page 167 of the newly revised Better Care Reconciliation Act states that section 1302(b) of Obamacare — the essential health benefits mandate — will not be waived for any plan under section 1312(d)(3)(D), which are the plans available to members of Congress and their staffers.

A few other provisions of the Cruz amendment would still apply, like charging more for pre-existing conditions. But this exemption would ensure any plan sold to members of Congress contains all the required health benefits that will no longer be mandatory for anyone else in America.

Earlier this year, the House tried to do the exact same thing in its bill, keeping full Obamacare benefits for members of Congress while repealing them for the general population. They dropped this from the final version in the face of public outrage.

By contrast, when Democrats wrote Obamacare eight years ago, they added a provision — at the request of Republicans — that canceled Congress' federal health benefits and required lawmakers to buy the exact same marketplace plans they were giving everyone else. It was a simple gesture Democrats made to prove to they were serious about fixing health care.

The fact that Republicans in Congress have so far twice tried to exempt themselves from Obamacare repeal is proof they are not working in good faith. They do not care what happens to the coverage of the poor, the sick, young mothers, or people struggling with mental disorders or substance abuse. They do not care about anyone except themselves.

Americans deserve leaders who will fight for them. The health care debate has proven Republicans are not those leaders.