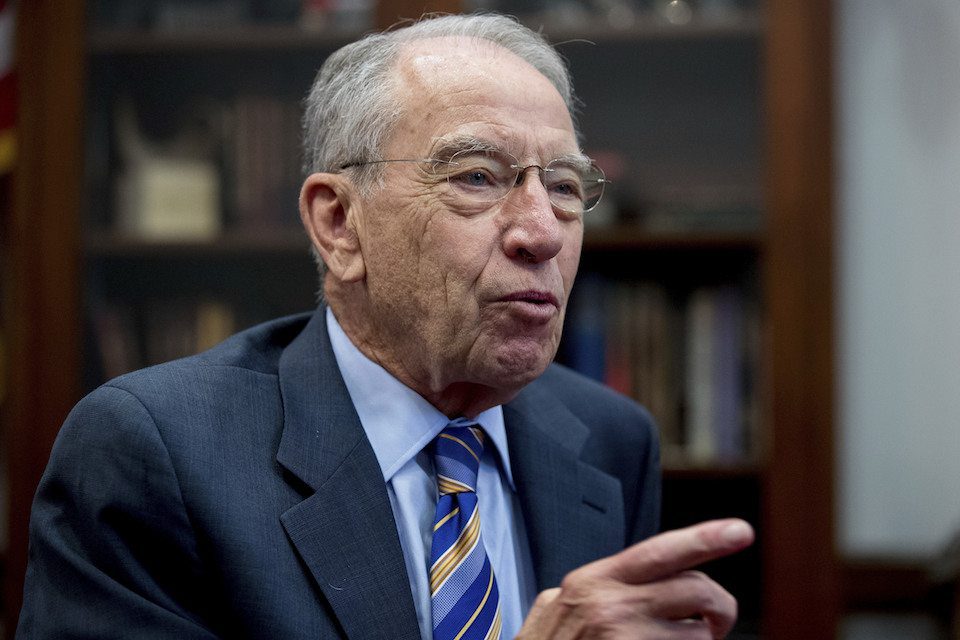 Anxious for some accomplishments to show voters before this year's Election Day, Sen. Chuck Grassley (R-IA), chairman of the Senate Judiciary Committee, made an extraordinary push on Thursday to engineer possible changes to the Supreme Court.

Grassley publicly urged any sitting Supreme Court justices pondering retirement to do so immediately, so Republicans can confirm a new nominee before the midterms.

"I just hope that if there is going to be a nominee, I hope it’s now or within two or three weeks, because we’ve got to get this done before the election," he said Thursday. "So my message to any one of the nine Supreme Court justices, if you’re thinking about quitting this year, do it yesterday."

Grassley warned that under a "Democrat Senate," Republicans were "never going to get the kind of people that are strict constructionists."

In other words, if Grassley's party loses control of the Senate, they won't be able to ram through far-right radical judges.

The heavy-handed proclamation runs completely counter to the idea that Supreme Court Justices serve for life and should not in any way be seen as partisan political players.

Nonetheless, Grassley is now trying to prompt justices into quitting soon, in case his party loses its Senate majority. Even though Republicans have to defend far fewer seats than Democrats in November, election watchers suggest a growing blue wave could put the Senate in play.

The Trump White House routinely touts Neil Gorsuch's placement on the Supreme Court last year as one of its few domestic achievements, when in fact, it's almost unheard of for a sitting president not to be able to get his Supreme Court nominee onto the bench.

Of course, the Supreme Court seat for Gorsuch only existed because Republicans, led by Grassley, tore up congressional precedent and refused to even hold a hearing for Garland.

if Senate Democrats are in charge of vetting nominations in 2019 and 2020, the path to the Supreme Court for a Trump nominee would become far more difficult. No wonder Grassley is urging justices to retire "yesterday" — before it's too late for his party.