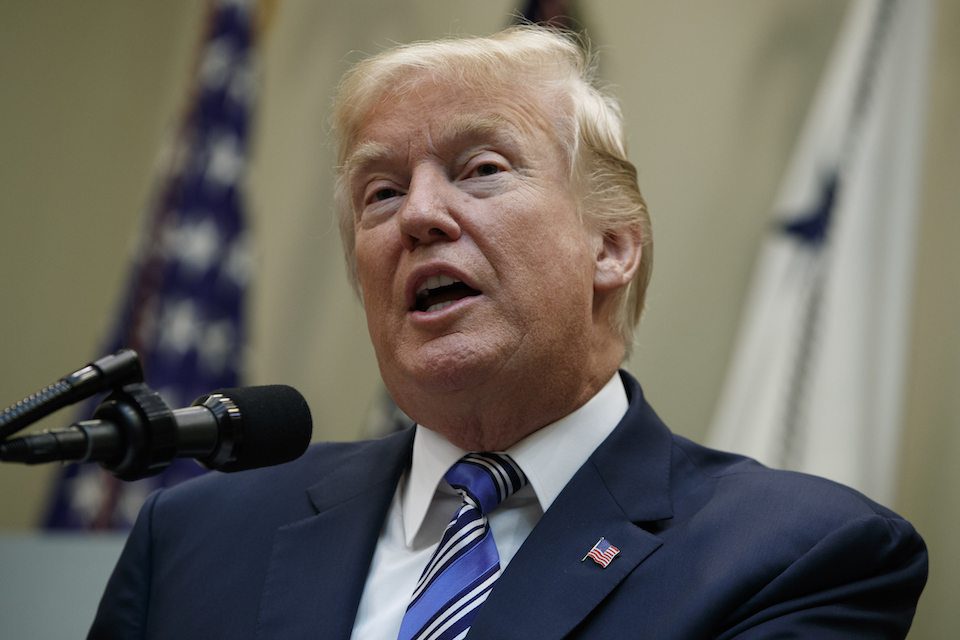 Considering how Americans feel about Donald Trump's behavior on Twitter, this new apparent strategy for how to deal with a volatile North Korea will give the public no reassurance whatsoever.

Donald Trump's Twitter feed is not a source of political comfort for the vast majority of the country.

A recent ABC News/Washington Post poll made this clear: 68 percent of Americans labeled Trump’s tweets as "inappropriate," 65 percent called them "insulting," and 52 percent thought they could be "dangerous."

Even a Fox News poll showed marked disapproval of Trump's Twitter tantrums, with a massive 71 percent of respondents saying his tweets hurt his agenda, and a paltry 13 percent expressing approval of them.

Thus the notion that Trump's Twitter account could be used in any kind of positive or helpful way regarding delicate political topics is patently absurd.

But patent absurdity is a forte of this administration.

In response to an editorial in the China Daily newspaper lambasting Trump's criticisms of Beijing regarding North Korea, Hemmer asked Gorka what "card" the White House has "to get China to act."

Gorka's response was appalling and ludicrous: We have "the president's Twitter feed," he stated.

He went on to laud Trump — "the most powerful man in the world," in his estimation — for having "made it clear he is not satisfied, he is disappointed" with Beijing's response to North Korea's antagonism.

To which Gorka replied, "I think if you can win a U.S. election with it, I think it’s pretty powerful, Bill, don’t you?"

HEMMER: This is a newspaper, the China Daily, said this: 'Trump is wrong,' it says, 'in his assumption that Beijing can single-handedly handle the matter' with regard to North Korea. 'As Beijing has said repeatedly, it does not have the kind of control over Pyongyang that the U.S. president believes it does.' What card left do you have to get China to act?

GORKA: Well, we have, you know, the president’s Twitter feed. We have the most powerful man in the world making it very clear that we came out of the Mar-a-Lago summit with very high hopes. Let's look at the facts, forget op-ed pieces in newspapers across the globe. China controls more than 80 percent of the imports into North Korea. That is a massive point of leverage. China has wanted a buffer state since 1950, we understand it. But at some point, a buffer state that destabilizes the region isn’t good for Beijing, either. So the president has made it clear he is not satisfied, he is disappointed with what Beijing has done since Mar-a-Lago, and he wishes to see them step up to the plate.

HEMMER: Okay, with all due respect: Can a Twitter feed change the mind of those leading China?

GORKA: Uh, I think if you can win a U.S. election with it, I think it’s pretty powerful, Bill, don’t you?

HEMMER: We shall see.

Of course, it was not merely Trump's Twitter feed that helped him win the election, but Gorka certainly wasn't going to mention the other cooks in that kitchen.

And his statement adds further evidence to the assessment of retired Army colonel Lawrence Wilkerson, who labeled the Trump administration as "amateurs" in this situation.

Wilkerson, who also served as chief of staff to former Secretary of State Colin Powell, said what we need in regard to North Korea is "not brinksmanship, but negotiating," but that instead, all we are getting is "more bluster, more Trumpism … more amateurism."

He warned that this utter lack of preparation could lead us into "one of the bloodiest conflicts that you could possibly imagine."

But in Gorka's mind, all that is required to avoid that frightening fate is Trump's thumb on the Twitter button.