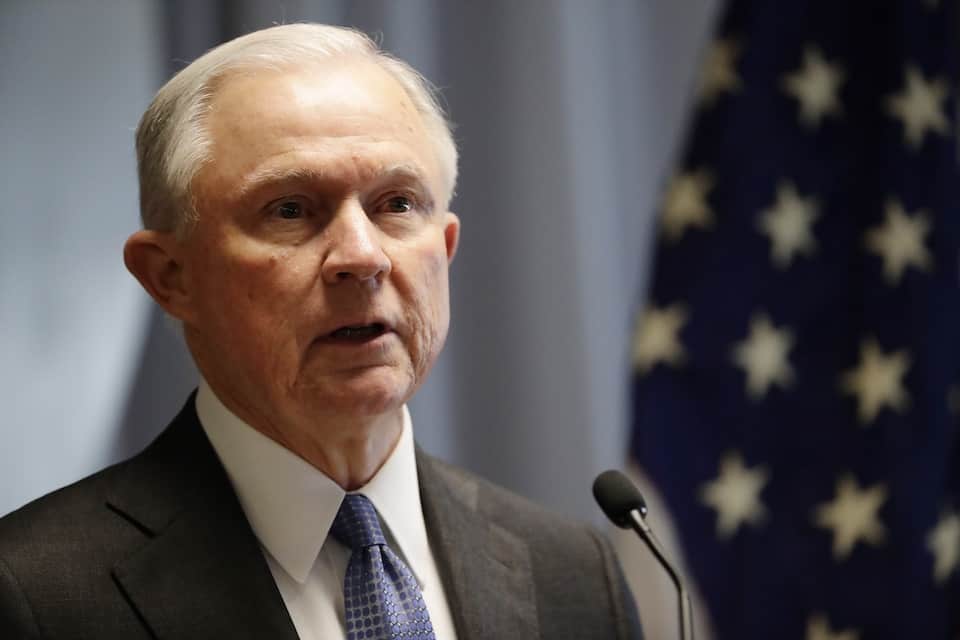 Attorney General Jeff Sessions is quietly working behind the scenes of his own department to dismantle civil rights.

While national attention is focused on the Russia investigation, Attorney General Jeff Sessions is quietly working behind the scenes to dramatically reshape the Department of Justice.

With nationalism as his guide, Sessions is systematically revamping DOJ policies on everything from sentencing guidelines and civil rights protections to immigration laws and voting rights. The changes have been implemented quietly, but their impact will be anything but subtle.

On immigration, Sessions has enacted policies that reflect his view of who belongs in the country — a view that is "distinctly anti-immigrant," according to Vanita Gupta, who led the DOJ's civil rights division under the Obama administration.

Before his time as Attorney General, Sessions had for years been one of the most extreme anti-immigrant members of Congress. As the Washington Post wrote in January, "Sessions has opposed nearly every immigration bill that has come before the Senate the past two decades that has included a path to citizenship for immigrants in the country illegally."

As the nation's top law enforcement officer, Sessions has brought his extreme anti-immigrant agenda into the DOJ, pushing for harsh policies that reflect his bigotry.

For example, according to the Washington Post, Sessions is doing whatever he can to try to link terrorist suspects to immigration:

In meetings with top Justice Department officials about terrorist suspects, Sessions often has a particular question: Where is the person from? When officials tell him a suspect was born and lives in the United States, he typically has a follow-up: To what country does his family trace its lineage?

On issues of criminal justice, Sessions has implemented a new charging and sentencing policy that encourages prosecutors to pursue the most serious charges in every case — an approach that civil rights advocates say will disproportionately harm minority communities.

Sessions claims the harsh guidelines are a response to increasing crime rates. However, violent and non-violent crime remain at historically low levels.

When it comes to voting rights, Sessions has used his position to support and embolden voter suppression efforts nationwide.

In February, Sessions instructed the DOJ to reverse its position on Texas' restrictive voter ID law. Under the Obama administration, the DOJ held that Texas passed the law with the intention of discriminating against minority voters. But under Sessions' leadership, that stance was reversed — a move that essentially gave Texas free rein to discriminate.

In August, the DOJ sided with Ohio when the state announced plans to purge thousands of voters from the rolls if they hadn't voted in recent elections.

"We are seeing a federal government that is pulling back from protecting vulnerable communities in every respect," said Kristen Clarke, president and executive director of the national Lawyers’ Committee for Civil Rights Under Law.

"That appears to be the pattern that we are seeing with this administration — an unwillingness to use their enforcement powers in ways that can come to the defense of groups who are otherwise powerless and voiceless," she added.

Sessions claims to be doing all of this in the name of the law and order. But that claim is hard to swallow, coming from a man who has repeatedly perjured himself in defense of the most lawless president we've ever seen.