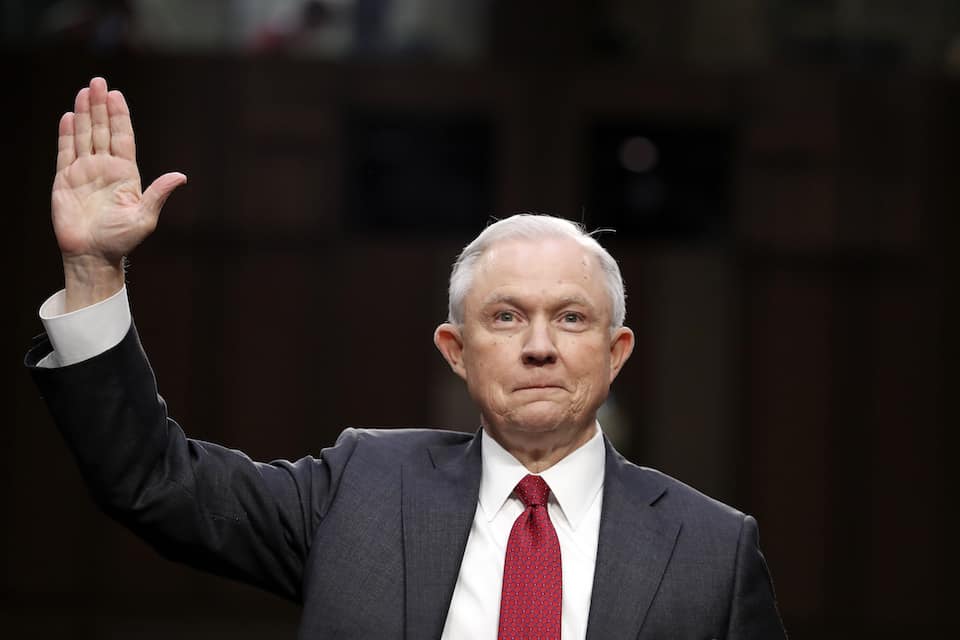 Attorney General Jeff Sessions met with lobbyists for Russian interests. And lied about it to the Senate.

The Guardian reports that Richard Burt, an American lobbyist for Russian government interests, has confirmed he attended two dinners hosted by then-Senator Jeff Sessions in 2016, during the period Sessions served as an adviser to Donald Trump's presidential campaign.

During the first half of 2016 alone, Burt and his firm were paid $365,000 to lobby on behalf of a natural gas pipeline owned by a Russian government-controlled firm. The pipeline — which was opposed by the Obama administration — has been called "one of Vladimir Putin’s top geopolitical priorities" because, if completed, it would give Russia greater leverage over Europe by increasing Europe's dependency on Russian supplies of natural gas.

Burt's confirmation of the meetings with Sessions contradicts Sessions' sworn testimony earlier this week before the Senate Select Committee on Intelligence.

In response to Sen. John McCain's (R-AZ) straightforward question, Sessions testified under oath that he did not "believe" he had met with "any representative ... of any Russian company" during the campaign.

MCCAIN: During the 2016 campaign season, did you have any contacts with any representative – including any American lobbyist or agent – of any Russian company within or outside your capacity as a member of Congress or a member of the Armed Services Committee?

SESSIONS: I don't believe so.

In addition attending dinners hosted by Sessions, Burt played a direct role in Trump's campaign, helping his team craft Trump's first foreign policy speech as a presidential candidate, which lamented the "cycle of hostility" with Russia:

I believe an easing of tensions, and improved relations with Russia from a position of strength only is possible, absolutely possible. Common sense says this cycle, this horrible cycle of hostility must end and ideally will end soon. Good for both countries.

Given Sessions' role in the campaign and his history on the Senate Armed Services Committee — and considering the Guardian's note that Burt's "affiliation with Russian interests is fairly well known in Washington circles" — it strains reasonable credulity to imagine that Sessions was not aware of Burt role as a lobbyist for Russian concerns when he invited him to the dinners.

And all of Sessions' indignant pronouncements to the contrary cannot change the facts.