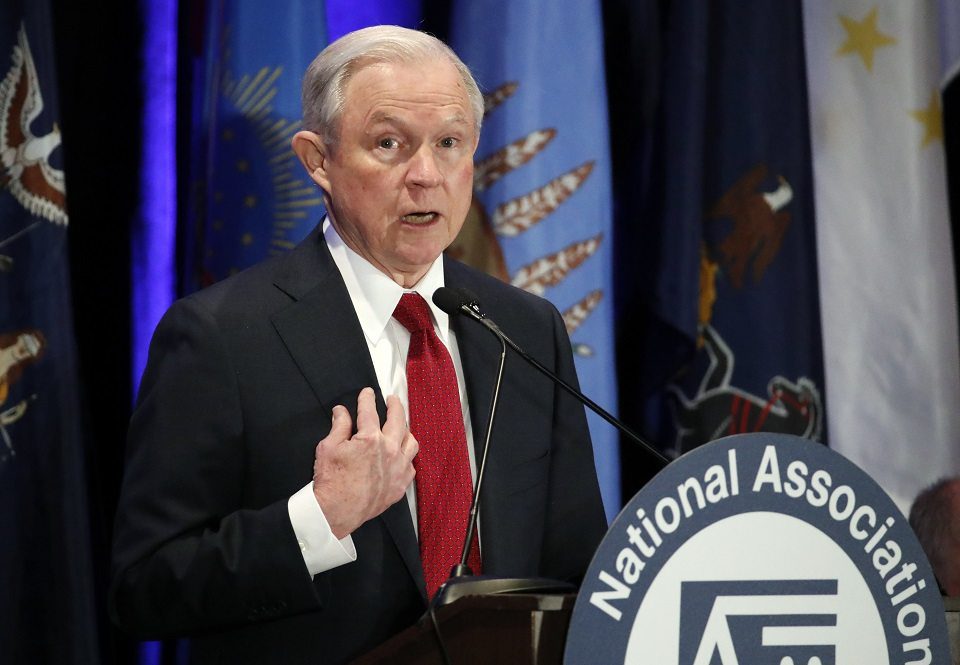 Attorney General Jeff Sessions cannot keep his story straight on his interactions with the Russian government and what he said about it in his confirmation hearings. And he continues to make a bad situation even worse, tainting the Department of Justice as he covers up for the Trump administration.

During Sessions' confirmation hearings, Senator Al Franken (D-MN) asked whether Sessions had spoken to the Russians, and he responded, "I have been called a surrogate at a time or two in that campaign, and I did not have communications with the Russians, and I'm unable to comment on it."

In written form, Senator Patrick Leahy (D-VT) asked Sessions, "Several of the President-elect’s nominees or senior advisers have Russian ties. Have you been in contact with anyone connected to any part of the Russian government about the 2016 election, either before or after election day?" Sessions had responded, "No" without qualification.

House Democratic Leader Nancy Pelosi (D-CA) said Sessions’ answers in the hearing amounted to "apparent perjury" and said he was "not fit to serve as the top law enforcement officer of our country." Other leading Democrats like Senator Elizabeth Warren (D-MA) and Senator Claire McCaskill (D-MO) have also called on Sessions to resign his position.

When news of the meeting first broke, a Justice Department spokesperson told the Post that "There was absolutely nothing misleading about his answer" because he had spoken to the Russian official in his role as a U.S. Senator and not as a leading surrogate for the Trump campaign.

Later, Sessions released a statement further parsing the encounter: "I never met with any Russian officials to discuss issues of the campaign. I have no idea what this allegation is about. It is false."

Sessions further attempted to muddy the waters in comments to NBC News, saying, "I have not met with any Russians at any time to discuss any political campaign and those remarks are unbelievable to me and are false."

The statement introduces the qualifier "issues of the campaign" when that was not part of the original line of questioning, and shows that Sessions is now intent on misdirection as calls mount from Democratic officials for him to resign for lying, while some Republicans also conceding that he should at minimum recuse himself from the investigation into the Trump-Russia connection.

Sessions also told NBC, "I have said whenever it's appropriate, I will recuse myself." But that statement is also filled with qualifiers as it would allow Sessions to be the arbiter of what is or isn’t appropriate, when he has already clearly demonstrated his willingness to mislead and obscure on this topic.