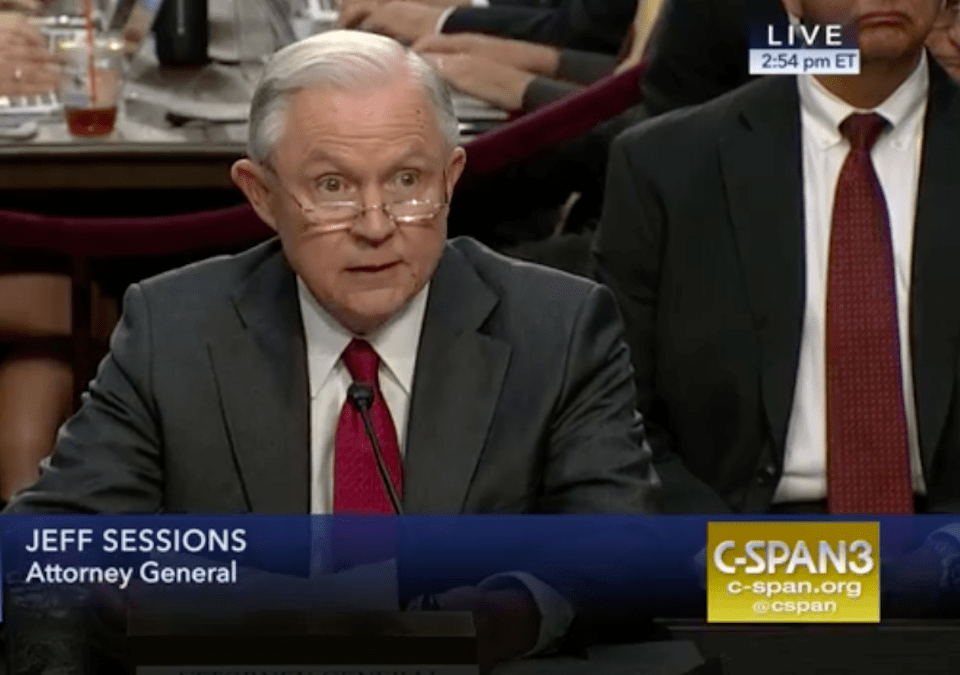 Jeff Sessions has had a lot of conversations with his boss, but apparently none of them consisted of getting their stories straight regarding the reliability of special counsel Robert Mueller.

The Trump administration is again in public disarray.

Donald Trump's lawyer, as well as other surrogates, have engaged in a continual smear campaign against special counsel Robert Mueller.

Trump has reportedly even been considering firing Mueller from his job of conducting the Russia investigation, though the White House has pushed back on that rumor.

But in his testimony before the Senate Intelligence Committee, Attorney General Jeff Sessions offered a diametrically opposed opinion of Mueller.

Recalling his professional history with Mueller, Sessions stated that he has confidence in him. When asked by Sen. Mark Warner (D-VA) if he would try to have Mueller removed from the investigation, Sessions said, "I wouldn't think that would be appropriate."

And when Warner questioned Sessions about Trump's opinion of Mueller, Sessions flatly stated that he has "no idea" because he hasn't spoken to the president about it.

WARNER: Do you have confidence in Director Mueller's ability to conduct this investigation fairly and impartially?

SESSIONS: First, I don't know about these reports and have no basis to ascertain their validity. I have known Mr. Mueller over the years he served, 12 years as a FBI director. I knew him before that. And I have confidence in Mr. Mueller—

WARNER: So you have confidence—

SESSIONS: But I'm not going to discuss any hypotheticals of what might be a factual situation in the future that I'm not aware of today. Because I know nothing about the investigation and fully recused myself.

WARNER: I have a series of questions, sir. Do you believe the president has confidence in Director Mueller?

SESSIONS: I have no idea. I've not talked to him about it.

WARNER: Now [inaduible] commit to this committee not to take any personal actions that might result in Director Mueller's firing or dismissal?

SESSIONS: Well, I think I probably could say that with confidence because I've recused from the investigation. In fact, the way it works, Sen. Warner, is that the acting attorney general—

WARNER: I'm aware, but I just want to get on the record that you would not—

WARNER: With your recusal, you would not take any actions to try to have Director Mueller removed?

SESSIONS: I wouldn't think that would be appropriate.

If Sessions truly has such abiding confidence in Mueller, he may want to let the rest of the administration know about it.