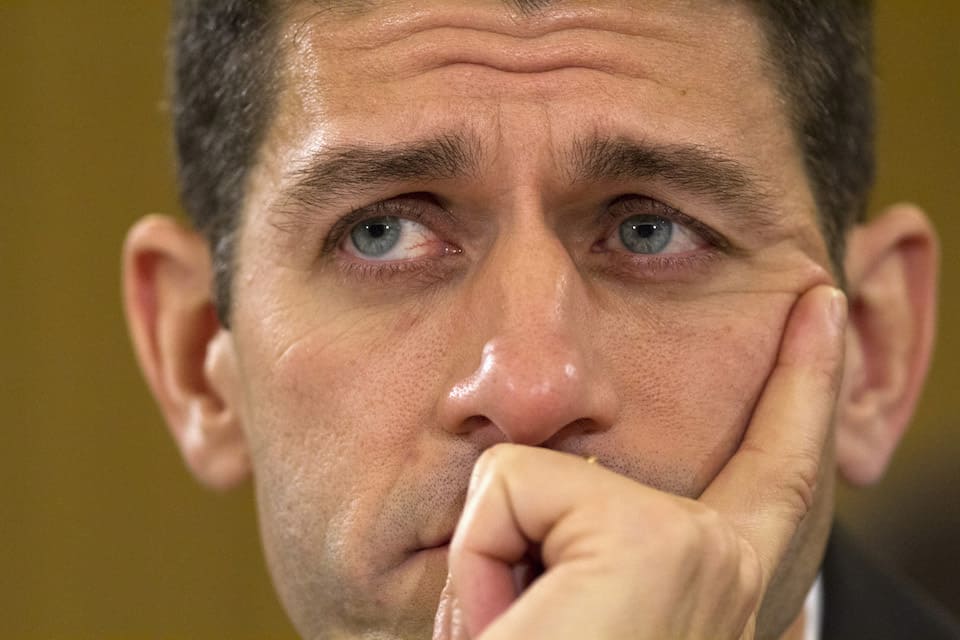 With a wave of House Republicans declining to seek re-election, Republican Speaker Paul Ryan is at risk of losing his majority.

Outraged by the behavior and radical right-wing agenda of Donald Trump and GOP congressional leadership, Democrats are laser-focused on winning back the House in 2018.

And that could spell huge trouble for Speaker Paul Ryan, who could end up struggling to maintain his majority.

There is no question Democrats have a massive advantage in voter enthusiasm over Republicans for the midterm, and a record-shattering edge in candidate recruitment. But many political experts are still skeptical that Democrats can win the House, due in part to how Republicans rigged and gerrymandered congressional districts.

But this forecast assumes longstanding GOP incumbents will defend their seats. In fact, several key House Republicans are announcing retirement, leaving open seats that are far more competitive than they would be otherwise.

In April, moderate Rep. Ileana Ross-Lehtinen, a 30-year incumbent, announced she would not seek re-election. Her district, Florida's 27th, went for Hillary Clinton by over 20 points. Only Ross-Lehtinen's personal popularity kept this seat safe for Republicans.

This week, Rep. Dave Reichert of Washington also announced he's out for 2018:

Only one day later, Rep. Charlie Dent of Pennsylvania — a self-proclaimed member of the Republican Party's "governing wing" — announced he was leaving too, and went out of his way to criticize his party for bowing to "disruptive outside influences that profit from increased polarization and ideological rigidity."

Other House GOP retirements this year include Lynn Jenkins of Kansas, Jim Bridenstine of Oklahoma, Jimmy Duncan of Tennessee, and Sam Johnson of Texas.

That makes seven so far, not counting Jason Chaffetz's bizzare, unexplained resignation in June. And over the coming months, the list of retiring incumbents is likely to keep growing.

Two GOP pros msg me to say re: House retirements - this only the start...

Historically, it is a red flag for a party's chances in the next election when lots of their incumbents start quitting.

Before the wave in 2006 that won Democrats unified control of Congress, several GOP senators retired, and key House Republicans resigned in disgrace from various scandals. Democrats similarly saw several representatives retire before the GOP won the House in 2010.

Four years later, Republicans won control of the Senate, preluded by the retirement of Democratic senators in Iowa, Michigan, Montana, South Dakota, and West Virginia. All of those seats but Michigan flipped red.

The midterm elections are still an eternity away, and in the meantime there are important state elections to focus on this year. But with every new development, things are steadily getting worse for Ryan.