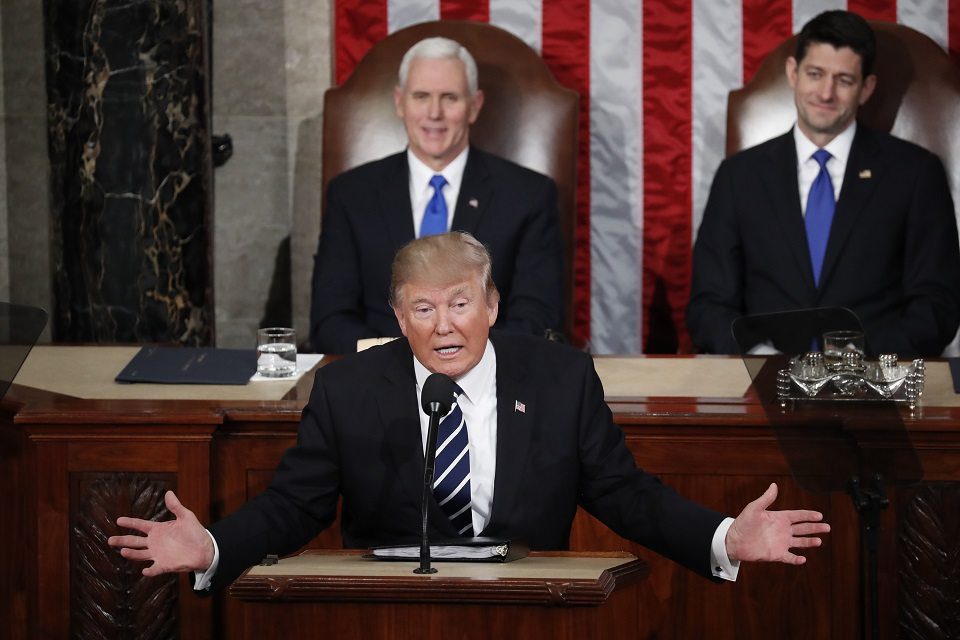 Women who have been the victims of sexual assault and misconduct will face off with Donald Trump as he delivers his State of the Union, highlighting his retrograde approach to women and his own history of admitted assault.

When Donald Trump delivers his State of the Union speech, he will have to stare down women who have been the victims of sexual misconduct.

Democratic members of the House of Representatives have extended invitations to sexual assault survivors so the issue can be highlighted in front of the world.

As Rep. Lois Frankel (D-FL) told NBC News, "Some members will be bringing survivors of sexual assault and advocates as their guests."

Trump has infamously been credibly accused of sexual assault and misconduct by multiple women, and has admitted in a recording that he sexually assaults women.

Several of the women have discussed firsthand accounts of Trump "groping, fondling, forcibly kissing, humiliating, and harassing women." They have pushed for a congressional investigation into the allegations against Trump, as have over 100 Democratic members.

Republicans have sided with Trump and refused their requests.

This is the second such event where women have led the resistance to Trump in the House chamber and held him accountable in the court of public opinion.

In his first address to a joint session of Congress, Democratic members dressed in white  the color used by suffragettes as they fought for equal rights for women  to call out Trump's derogatory stances.

Rather than applaud him, they made their position loud and clear by standing in silence.

Now, a year later, with his presidency under investigation and disapproved by millions of Americans, Trump is again being confronted over who he is and who he has chosen to protect. He knows the women of America are out there, watching his every move.

He will not be happy.