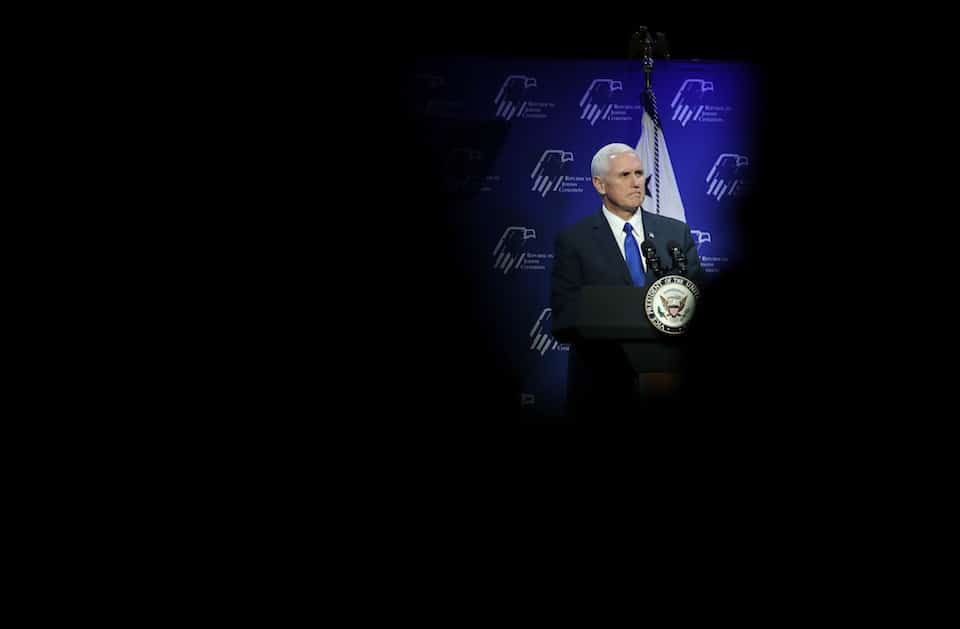 Mike Pence has been secretly wining and dining major Republican donors, building up a private political operation that could take over if Donald Trump is removed from office.

The unusual development of Mike Pence's private political operation has been building for months, and a new wrinkle reveals that he is working outside of his partnership with Donald Trump.

For months, Pence has been secretly meeting with well-heeled Republican financiers, entertaining them "in a series of private gatherings and one-on-one conversations," according to The New York Times.

Pence has been hosting 30 to 40 guests at his official residence at the Naval Observatory for dinner parties every few weeks. Attendees have included Chicago hedge fund manager Kenneth C. Griffin, Charles Schwab, and Republican fundraisers and executives from companies like Dow Chemical and United Technologies.

The meetings have not been included on Pence's official schedule released by his office to the press, indicating that they did not want the public to know they were happening.

The Times notes the gatherings "have fueled speculation among Republican insiders that he is laying the foundation for his own political future, independent from Mr. Trump."

The secret meetings are part of a pattern of behavior from Pence, fueling speculation that he is making personal political contingency plans should Trump be removed from office before the 2020 election.

He has recently been on a swing state tour visiting states decided by single-digits like Ohio, Michigan, and Florida. He has made four trips to Ohio since the beginning of the year, and is scheduled for his fifth before the end of July. On those trips, he visited manufacturing plants and NASA, in photo ops that could easily be seen as campaign appearances.

Pence has also formed his own PAC, separate from the PAC dedicated to Trump's re-election.

As investigations continue into the scandal of Russian interference in the 2016 election, including multiple contacts between those rogue elements and the Trump campaign, Pence has sought to separate himself from the affair.

But unfortunately for his political prospects, he is as knee-deep in the proceedings as Trump, and played a pivotal role in installing Michael Flynn as national security adviser.

Later made aware of Flynn's contacts with Russia, acting Attorney General Sally Yates said it meant he could be compromised by the Russians.

Why Pence gave the green light is a question he will eventually have to answer, whether he's running as vice president, or at the top of the ticket on his own.