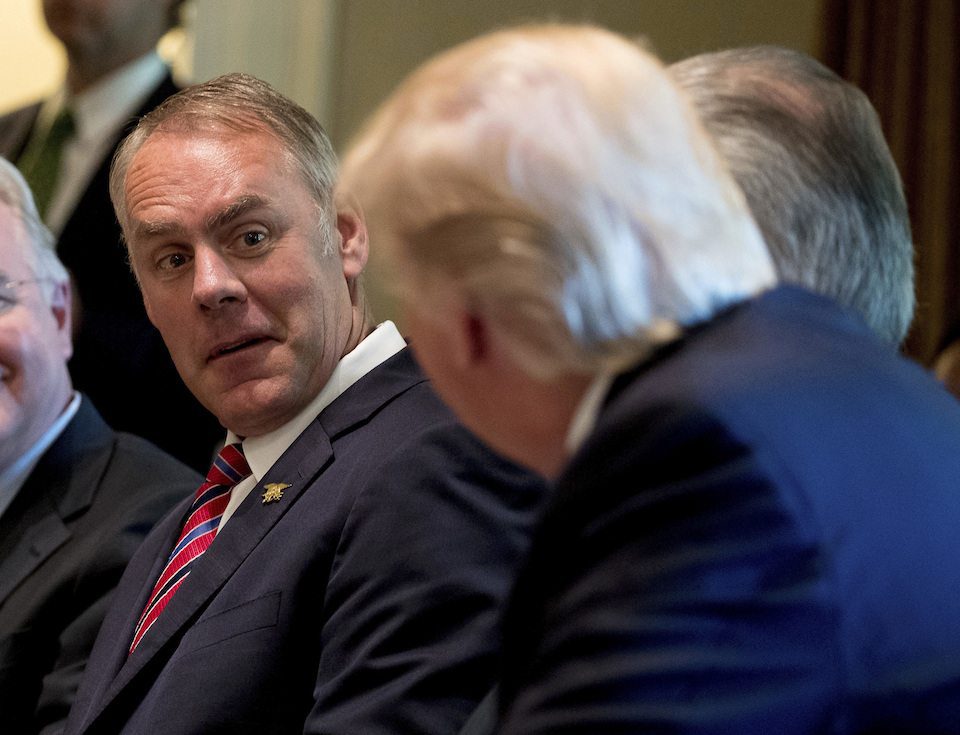 A tiny firm called Whitefish Energy, which just happens to be from Interior Secretary Ryan Zinke's town, somehow won a contract to rebuild Puerto Rico’s infrastructure. So far, it's been a disaster.

The people of Puerto Rico are still in a state of endless disaster, with Donald Trump spurning any attempt to put in serious effort to help the Americans trapped there without water or power.

And the situation is only getting worse, as many tasked with helping the island seem to have actively malicious impulses.

This week, news broke that Whitefish Energy — a company in Montana that is financed by a Trump donor and hails from the same town as Interior Secretary Ryan Zinke — unexpectedly received a $300 million contract to rebuild Puerto Rico’s power grid.

The choice was highly unusual. Most utilities have mutual aid agreements to rebuild one another’s infrastructure in the event of a natural disaster, and do not hire outside for-profit companies. Moreover, Whitefish had only two full-time employees when Hurricane Maria landed, lacks adequate insurance, and is paying each of its subcontractors over $300 per hour.

To make matters worse, Whitefish promptly got into a fight with San Juan Mayor Carmen Yulín Cruz, who raised concerns about the arrangement, and made a flippant but very disturbing threat to leave the island to its fate:

You would think I am the only one in the world that has commented on this. What is it about women having an opinion that irritates some? pic.twitter.com/XxGNLomjQy For a company charged by the government with disaster relief to say that to the mayor of a destroyed city is absolutely appalling. Whitefish is essentially saying, stop asking questions or we’ll leave you to rot.

Whitefish may not get away with bilking and threatening the citizens of Puerto Rico for long. After a meeting with FEMA in which even federal officials raised red flags, Gov. Ricardo Rossello ordered the Office of the Inspector General to investigate how Whitefish came to win the contract. The House Natural Resources Committee is looking into it as well.

The mark of decency is how a person treats others in a time of desperation. Whitefish blatantly profiteering off of hurricane victims is the lowest of the low.