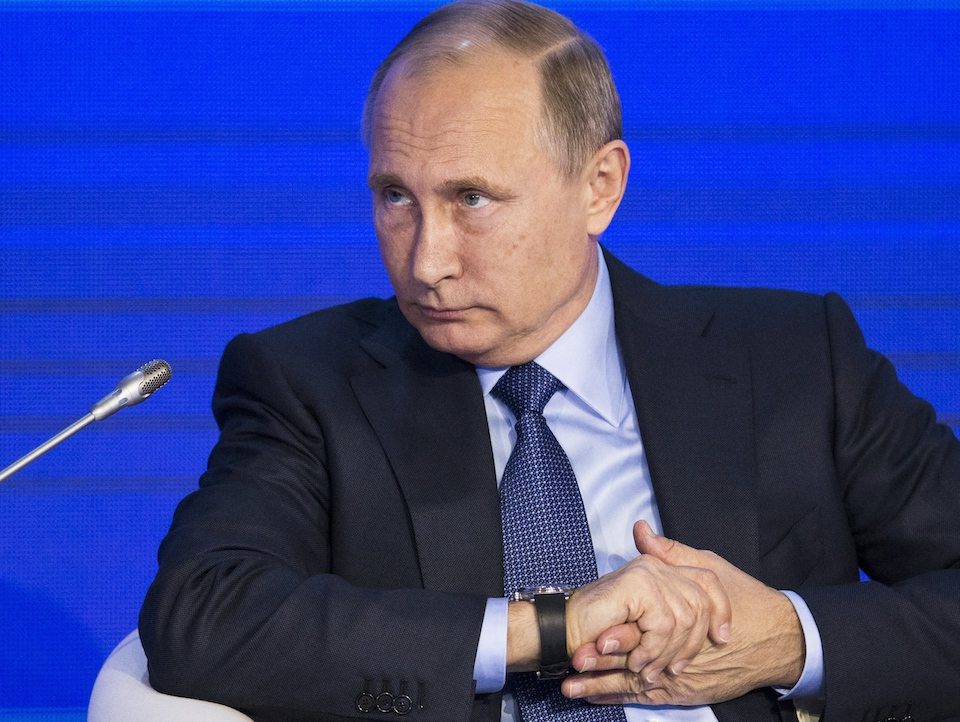 The same group that denied the Syrian dictator gassed his people are now responsible for a report blaming the DNC for an internal leak.

There's an absurd conspiracy theory that last year's hacking of the Democratic National Committee servers was an inside job, not the work of Russian hackers, and it's making its way around liberal and conservative media.

The article focuses on a report from Veteran Intelligence Professionals for Sanity, a group that was most recently in the news for denying Syrian dictator Bashar al-Assad was behind the 2013 Damascus chemical attack. That report, which disputed the assessment of British, French, and German intelligence agencies as well as Human Rights Watch, relied largely on the claims of Alex Jones's InfoWars.

For this new report, VIPS cites an anonymous individual operating under the name "Forensicator" who claims to have reviewed metadata from the DNC leaks to determine they were transferred at 22 megabytes per second, which would be impossible for someone overseas to achieve over the web — therefore it must have been stolen by someone physically at the DNC.

The Nation claims that the insistence that the DNC was hacked by Russians is part of America's "hysteria" despite "the absence of any credible evidence of what happened last year and who was responsible for it." It goes on:

There has been a long effort to counter the official narrative we now call “Russiagate.” This effort has so far focused on the key events noted above, leaving numerous others still to be addressed. Until recently, researchers undertaking this work faced critical shortcomings, and these are to be explained. But they have achieved significant new momentum in the past several weeks, and what they have done now yields very consequential fruit. Forensic investigators, intelligence analysts, system designers, program architects, and computer scientists of long experience and strongly credentialed are now producing evidence disproving the official version of key events last year.

Despite this impressive-sounding language, the core thesis of this article is a pure conspiracy theory, based on flimsy evidence from disreputable sources.

As New York Magazine's Brian Feldman points out, this argument is ridiculously flawed. Metadata is easy to manipulate, and there is no guarantee that either "Forensicator" or the original thieves did not doctor it.

Even more absurdly, VIPS's conclusion a 22 megabytes per second download speed would be impossible for remote hackers is based on benchmark tests of household Internet connections, whereas both the DNC and the hackers would have enterprise connections with much higher broadband.

Furthermore, even The Nation concedes the DNC hack was only one of several hacks targeting various figures in the Democratic Party. Not to mention the confirmed meetings various members of Trump's team had with Russians, looking for both dirt on Hillary Clinton and a deal to ease Russian sanctions in return. Even if the DNC hack was not a Russian operation, the Russian fingerprint on the broader election is beyond dispute, making the article's entire thesis irrelevant.

The article also echoes Russian propaganda about CrowdStrike, the cybersecurity firm that detected malware on DNC servers. It claims that CrowdStrike "drips with conflicting interests" and its founder is "vigorously anti-Russian," but fails to name any actual example of a conflict of interest.

In any case, the conclusion Russia orchestrated the cyberattacks is no longer limited to CrowdStrike, but supported by the CIA, FBI, NSA, and a joint report from the Office of the Director of National Intelligence, signed off on by all 17 U.S. intelligence agencies.

False information and conspiracy theories obfuscating the foreign attack on our electoral system continue to abound. It is essential that the American people, and the media, rely on reputable experts.