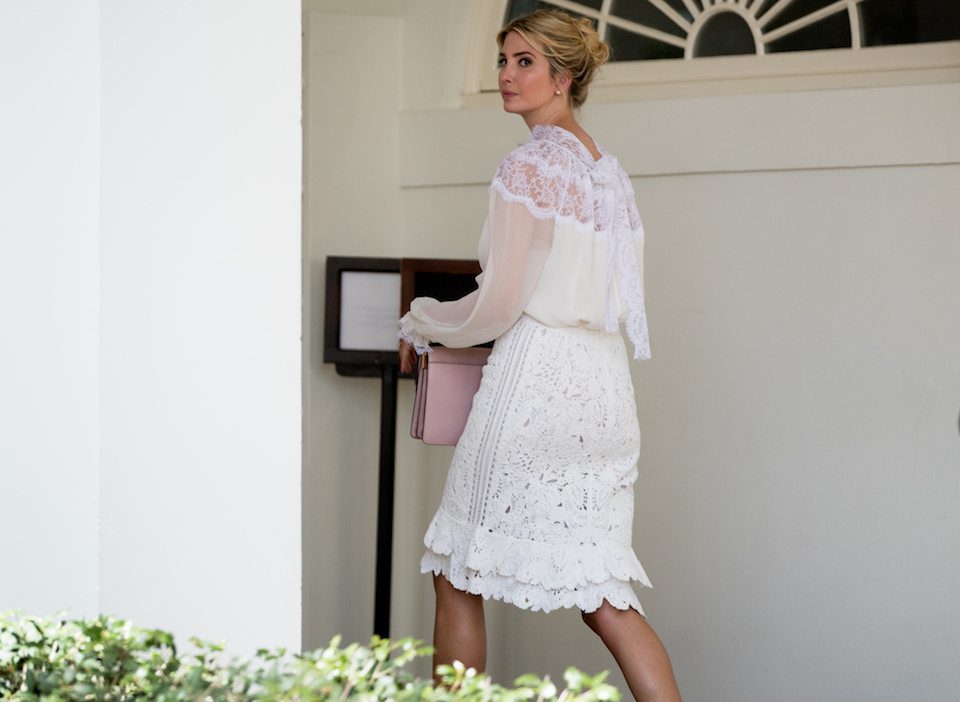 Ivanka Trump, who has made millions from outsourced labor and continues to profit from it, has made herself scarce during the White House's "Made in America" week.

Ivanka Trump, who has made millions selling clothing made abroad, has avoided the public as the Trump administration promotes "Made in America" week.

She skipped multiple White House events discussing the importance of manufacturing goods within the United States, and CNN notes, "She has been relatively absent all week, save for glimpses on her social media channels."

Upon joining the White House as an assistant to her father, Ivanka declined to divest from her ownership in her fashion line. Instead, she continues to profit from the company, in an arrangement that is similar to the unethical system under which her father continues to personally profit from his presidency.

As Donald Trump pounds the table in favor of American labor, his daughter's company is importing tons of clothing that was made in China.

In concert with the White House announcement, Trump's re-election campaign, "Donald Trump for President, Inc.," issued a press release touting the fact that they have "proudly produced and manufactured all of our merchandise right here in America from day one."

That's a departure from Trump himself, who has made a fortune from outsourced goods and imported labor, and his daughter's company, which continues to rely on outsourced labor from companies — including some accused of underpaying and overworking their employees.

Ivanka Trump has not always been so camera shy. She recently sat in for her father at the G20 international conference, and supposedly lobbied him in favor of supporting the Paris climate accord — or at least planted news stories suggesting she had.

But now that outsourcing is in the news, as well as questions about her role in the Russia scandal, she's made herself scarce.