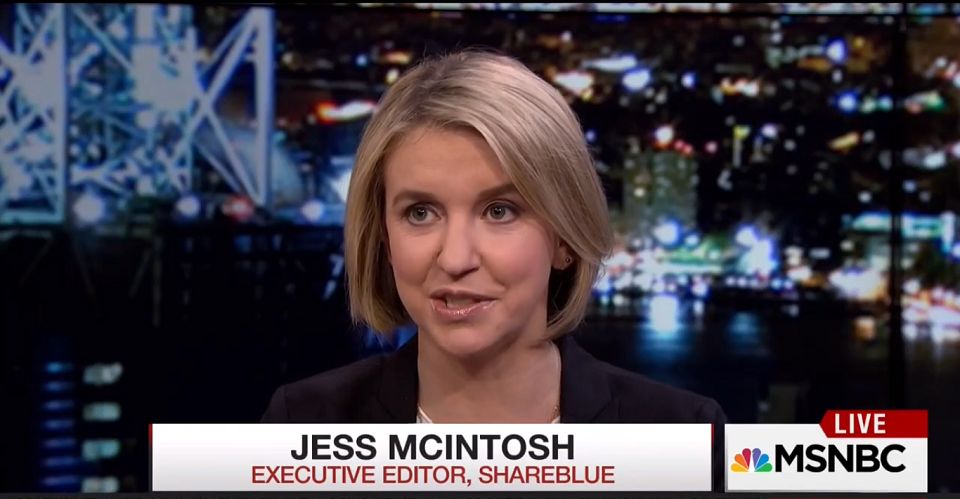 On MSNBC's All In with Chris Hayes, Shareblue Executive Editor Jess McIntosh spoke to the authenticity of the resistance, which we have witnessed at town halls across America.

Shareblue's Executive Editor Jess McIntosh joined MSNBC's Chris Hayes to talk about the vibrant and growing protests at town halls across the country.

Despite the claims of Donald Trump and others on the right, these are not "paid protestors" — they are real people, with real concerns.

HAYES: How do you understand what happened this week and then what happens going forward?

MCINTOSH: I think it has been truly incredible to see the organic response at these town halls.

MCINTOSH: It is a very, very lucrative thing to do.

HAYES: Like the 62-year-old pig farmer who talked to Chuck Grassley.

MCINTOSH: The 62-year-old pig farmer, entirely in the pocket of George Soros. That's where he's getting his money, it's not the pigs. No, obviously, these are real people, and watching them wave their state IDs and putting their zip codes on their name tags — they do not want to be labelled 'paid protesters of the left.' They are mad about that. I mean, the Democratic infrastructure is rushing to catch up to the groundswell of actual organic grass-roots support for this stuff. We are trying to put together — where do you find your town halls? Everybody is asking, 'How do we make sure we don't miss anything?' And organizations are scrambling to put out links to make sure that they — it's not being driven the other way.

The Resistance is indeed coming from the ground up, and from real Americans across the nation — whether the GOP wants to believe it or not.