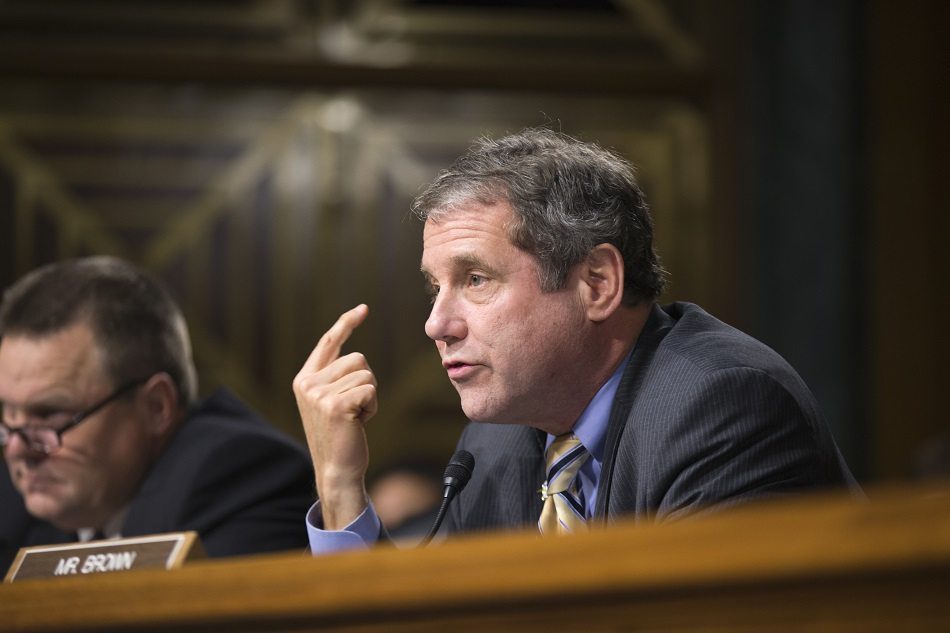 Ohio Democratic Senator Sherrod Brown has always been a fighter. With troubling staffing announcements and policy positions emerging daily from the incoming administration, and given the GOP's obstructionism of President Obama's Supreme Court nominee, he is not about to stop fighting now.

Almost every day brings a new unqualified, bigoted, and/or otherwise radical cabinet pick from President-elect Donald Trump. Thankfully, there are leaders like Sherrod Brown (D-OH) in the Senate who are willing to tell it like it is:

“They’ve been rewarded for stealing a Supreme Court justice. We’re going to help them confirm their nominees, many of whom are disqualified?” fumed Sen. Sherrod Brown (D-Ohio). “It’s not obstruction, it’s not partisan, it’s just a duty to find out what they’d do in these jobs.”

Democratic fighters like Brown will do everything they can to ensure Trump's cabinet appointments receive a thorough vetting, like General James Mattis, whom they will force to get the 60 votes necessary for a legislative waiver in order to become Secretary of Defense.

Democrats also plan to throughly scrutinize other nominees, including Betsy DeVos for Secretary of Education, Representative Tom Price (R-GA) for Health and Human Services Secretary, and Attorney General nominee Senator Jeff Sessions (R-AL), who Brown noted was "dissed by the Senate once for his racism."

The Politico article in which Brown is quoted is headlined, "Democrats to give Trump Cabinet picks the Garland treatment," but, of course, as Shareblue Editor-in-Chief Melissa McEwan points out, "Democrats literally CAN'T give anyone 'the Garland treatment,' because they're not in the majority. They can't refuse to hold hearings. Politico slipped in a deeply dishonest false equivalency right there."