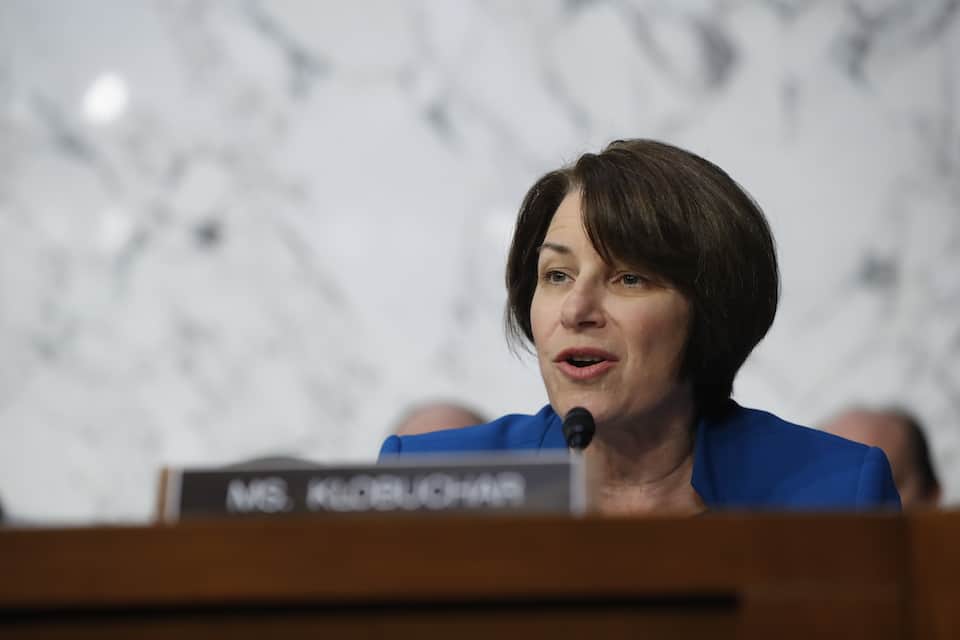 During his confirmation hearing, SCOTUS nominee Gorsuch behaved quite differently with one of the female senators than he had with the male ones. People noticed.

Donald Trump's nominee to fill the Supreme Court vacancy, Neil Gorsuch, lost his cool under the intensity of  Senator Amy Klobuchar's questioning during the confirmation hearing.

Breaking from his generally overly-polished presentation, Gorsuch appeared visibly irritated, interrupted the Senator, raised his voice, and spoke to her in a remarkably patronizing manner.

Notably, before being elected as the first woman to the U.S. Senate for Minnesota, Klobuchar graduated from Yale, earned a law degree from University of Chicago, and headed the largest prosecutor’s office in her state for eight years.

GORSUCH: So I was faced with a situation where, do you take this little less than strict scrutiny out of the First Amendment context and import it into the equal protection context, or do you apply the normal strict scrutiny of the equal protection context -- and I pointed to two excellent opinions by wonderful district judges in the area, Judge Boasberg and Judge Feinerman--

KLOBUCHAR: Alright. I really did read it.

KLOBUCHAR: Okay, okay, I know, I understand that but, here's the deal, it's that the other judges were happy to just decide it on that narrow basis, right? So then you write the concurring opinion to bring up this other issue. And I think again about Justice White, who you've, you know, was your mentor, your boss, and there's a law review article from the Dean of Tulane, "Time and time again Justice White avoided broad theoretical basis for a decision when a narrow-fact sufficient rationale would suffice." And yet you write this concurrence--

GORSUCH: Can I answer you, Senator, 'cause I'm almost there. Okay. So I write to point out this conflict in the supreme court's directions that I saw.

KLOBUCHAR: Okay, but, let's continue with other cases because it's a bit of a pattern.

Reacting in real time to Gorsuch's behavior, Twitter was having none of his "mansplaining":

WTF. He just practically spat at Klobuchar and then talked to her like he was reading Cat in the Hat

Flinching at the Gorsuch mansplaining rn and I was only half paying attention. It's in the TONE. Senator Klobuchar is a lawyer too FYI.

Why is Neil Gorsuch shoutsplaining at Amy Klobuchar?

"I'm almost THERRRRRE." -- Gorsuch, shouty and pissy with Sen. Klobuchar, who cut him off to get to point of her question

It comes as no surprise a nominee who reportedly said employers should ask women if they plan to have children, belonged to and defended a fraternity with a reputation of misogyny and "date-rape," and has made decisions and comments with sexist overtones, might have a problem with women.

However, Gorsuch's behavior with Klobuchar was enough of a deviation from his otherwise highly mannered presentation to give one pause.

A man who displays reflexive contempt for a woman in a position of power challenging him is already enough to handle in the White House.