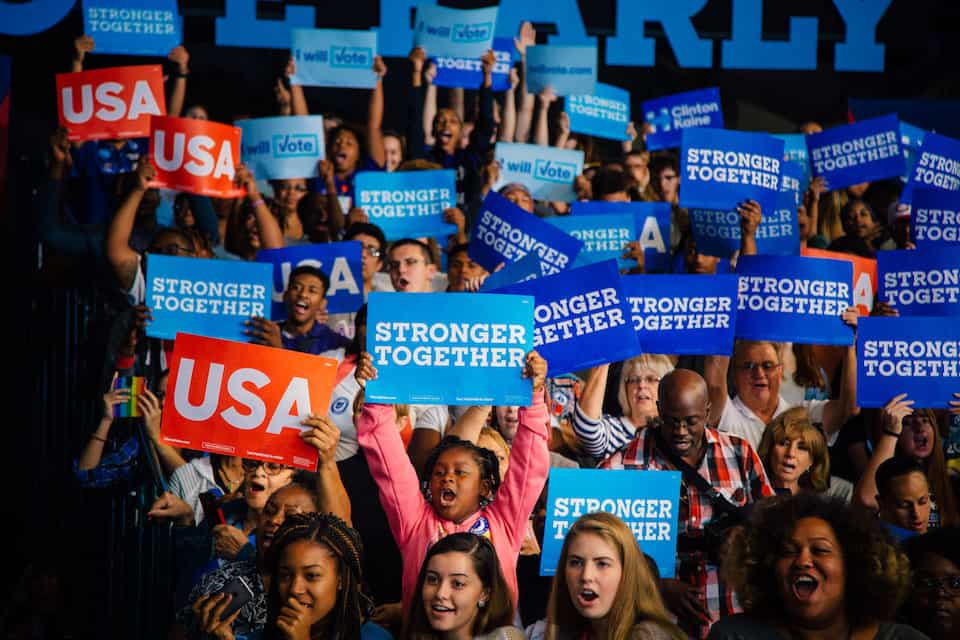 The thoughts, feelings, and motivations of Trump voters have been, and continue to be, a frustratingly central focus of much of the corporate media and opinion polling. But one polling outlet finally offered up a similar examination of Americans who supported, in the pollster's own words, "the top vote getter."

With much of the corporate media hyper-focused on the supposedly "forgotten" Trump voter and what they think about how Donald Trump is doing, it is easy for those who voted for the candidate who actually won the popular vote by over three million votes to feel ignored. One might even say "forgotten."

But Public Policy Polling decided to remedy that with a poll taken solely of people who voted for Hillary Clinton. Or, in their words:

Since polls of just Trump voters are a thing, here's a poll of just people who voted for the top vote getter: https://t.co/codtoRejot

The results, a refreshing reality check to the over-weighted views of Trump's base, may not be surprising, but they are stark. And it is crucial to remember that Clinton voters' views represent the actual majority of the country — even if the person currently occupying the Oval Office does not.

We already knew that Trump has rock-bottom, record low approval ratings from the nation as a whole. And the numbers get even worse in PPP's results. 88 percent of Clinton voters disapprove of Trump's performance as president, with only 6 percent approving, while 89 percent of those voters have an unfavorable opinion of Trump overall, with only 7 percent holding a favorable opinion.

Even more cutting, a mere 2 percent of Clinton voters say that Trump has "Made American Great Again," while 93 percent say he has not — ubiquitous red hats notwithstanding. And 70 percent of them support impeaching Trump, with only 15 percent opposing the notion.

On domestic issues, Clinton voters unsurprisingly and overwhelmingly stand in opposition to Trump: 82 percent are against the Republicans' plan to repeal the Affordable Care Act; 92 percent oppose building an American-taxpayer-funded wall on the Mexican border; and 90 percent want Trump to release his tax returns.

And on a global level, alongside strong unfavorable opinions of Russia in general and Russian President Vladimir Putin in particular, comes one particularly striking and unsettling data point:

A statement like that made during the campaign may have been seen as so much hyperbole, a liberal exaggeration of conservative hawkishness.

But now, on Trump's 100th day in office, and in the midst of growing bluster regarding North Korea, it seems as realistic as other pre-election concerns, like a ban on refugees and attacks on women's rights, have proven themselves to be.

Despite representing the true majority, Clinton voters' warnings were not heeded before, but their energy and eagerness to resist are still loud and clear. 82 percent are either very or somewhat excited to vote in the 2018 midterm election — and 85 percent are planning to vote for Democrats in their district.

Coupled with the thousands of women newly planning to run for office themselves, it is clear that Clinton's supporters — despite the corporate media's consistent disregard and dismissal of them — are not finished with the work that her historic campaign began.