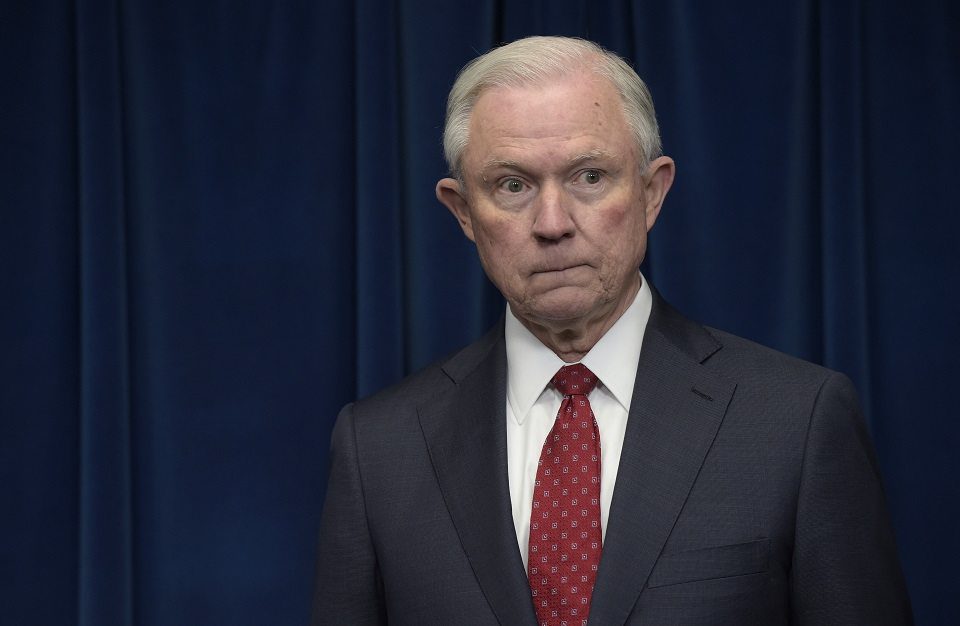 As Democrats continue to press the case that Attorney General Jeff Sessions perjured himself before Congress and to call for his resignation, a new poll shows that a majority of the American people agree.

Attorney General Jeff Sessions' abrupt recusal from all Trump campaign/Russia investigations and amended written testimony to Congress have done nothing to diminish the drumbeat for his resignation.

Democrats have been loudly proclaiming that Sessions should resign over the lies he told in testimony at his confirmation hearings. And now a new poll from Quinnipiac finds that a majority of Americans agree that Sessions lied, and that he should resign:

American voters say 52 - 40 percent that U.S. Attorney General Jeff Sessions lied under oath during his confirmation hearings and say 51 - 42 percent that he should resign, according to a Quinnipiac University national poll released today.

What is particularly significant is that aside from the expected partisan divide on these questions, strong majorities of independent voters agree that Sessions lied, and should resign.

The poll also showed continued strong support for an independent investigation into the Trump campaign's ties with Russia:

With Trump in the White House and Republican majorities in Congress, a Sessions resignation may not be in the cards. But it is becoming more and more politically difficult to ignore the loud support for, and the necessity of, an independent investigation of Trump's Russia ties.