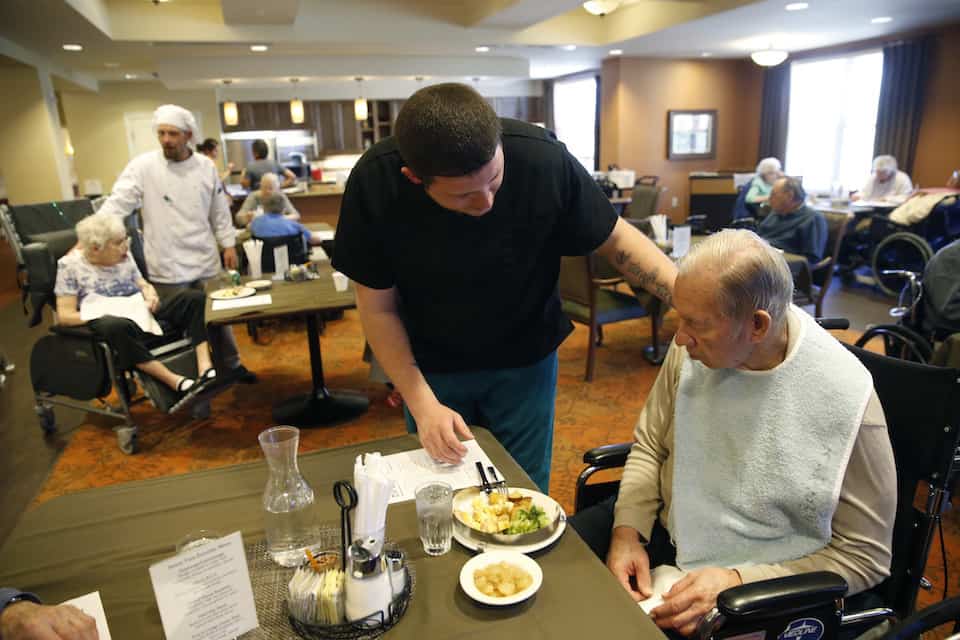 Senior citizens are yet another group the GOP is targeting with their disastrous health care bill.

The Republican plan to repeal health care is bad news for just about every American — especially the elderly.

If the repeal plan and its drastic cuts to Medicaid funding becomes law, that could affect the 1.4 million Americans living in nursing homes, more than half of whom rely on Medicaid to pay their expenses — and who represent the Republican Party's most loyal voting bloc.

Federal law requires state Medicaid programs to cover the cost of nursing home care, but according to The New York Times, states could decide to "decrease the amount they are willing to pay or restrict eligibility for coverage."

In other words, those older Americans living in nursing homes would have to make up the difference in cost. And if they can't? Well, thanks to the drastic Medicaid cuts, they simply will not be able to get the care they need.

When Republicans first launched attacks to stop Congress from enacting Obamacare, they issued all kinds of ominous warnings about the harm it would do, especially to the elderly. Iowa Sen. Chuck Grassley shamelessly claimed in 2009 that voters had "every right to fear" the health care reform plan and perpetuated the repeatedly debunked lie that Obamacare included "a government run plan to decide when to pull the plug on grandma."

The Republican plan now, however, certainly does give those same grandmas plenty of reason to fear what will happen to them.

According to Toby S. Edelman, a senior policy attorney at the Center for Medicare Advocacy, cuts to Medicaid mean "states are going to make it harder to qualify medically for needing nursing home care." Furthermore, with less money and less coverage, those older Americans will "have to be more disabled before they qualify for Medicaid assistance."

And those patients who do qualify for assistance could see the quality of care they receive in such nursing homes go down, as those facilities are forced to cut staff and services.

As 65-year-old Nancy Huffstickler, a nursing home resident in Virginia, asked about the GOP plan, "It may save the federal government money, but what about us?"

Huffstickler describes herself as a "medical disaster," with a number of ailments that have her undergoing daily physical therapy in the hopes that one day she will not need her wheelchair.

They were dragged from their wheelchairs and arrested.

Republicans have no answers to any of those patients who are asking what will happen to their care. Indeed, they refuse to even meet with such patients, and tell outright lies about what their bill will do.

Vice President Mike Pence even audaciously claimed in a tweet that the bill will "replace Obamacare w/ system based on personal responsibility." As if those millions of Americans — including children, the poor, the elderly, and the disabled — who rely on Medicaid simply need to take "personal responsibility" for their care and all will be well.

It's the kind of heartless, thoughtless claim that has no basis in fact and shows just how mean the Republican agenda to destroy health care truly is.