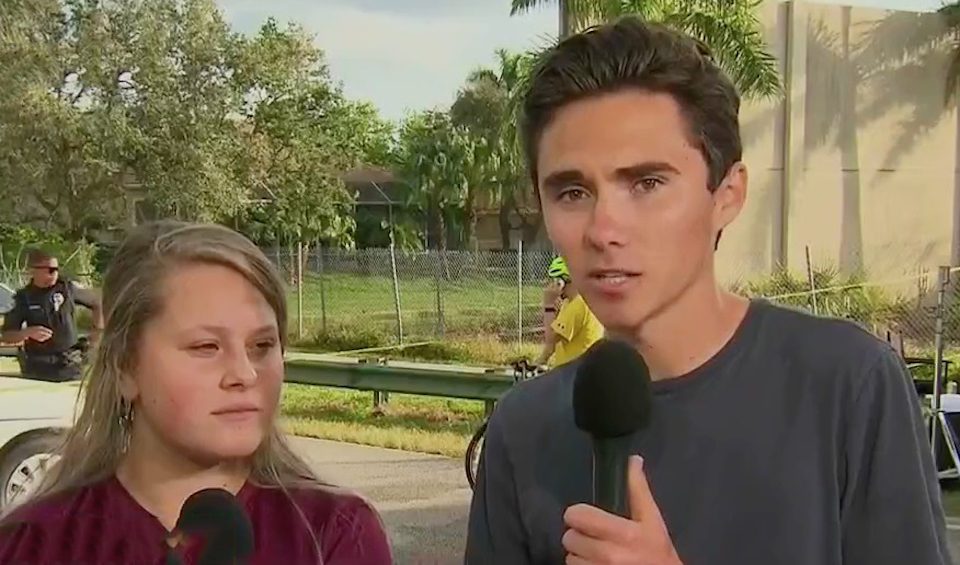 “We’re children. You guys are the adults. You need to take some action and play a role.”

As the epidemic of school shootings in America continues to take more lives, and as Trump, Republicans, and the NRA refuse to take common-sense action to ensure safety, students who survived the gun massacre in Parkland, Florida, on Wednesday are speaking out.

They're demanding action from Congress.

"What we really need is action. Because we can say, 'Yes, we're going to do all these things — thoughts and prayers.' What we need more than that is action," David Hogg told CNN.

He serves as the news director for the television stations at Marjory Stoneman Douglas High School, where the massacre occurred and where 17 people were killed. Hogg told CNN that two of his sister's friends were killed in the gun rampage.

"Please, this is the 18th [school shooting] this year. That's unacceptable. We're children. You guys are the adults. You need to take some action and play a role. Work together."

But Republicans, aligned with the NRA, have been adamant in their refusal to even allow open votes on the issue.

The NRA spent a record amount of money in 2016, $416 million, in its desperate attempt to get Trump elected. The FBI is currently investigating whether Russian operatives funneled money to the NRA during the election cycle.

Late last year, Republicans in the House voted to pass a radical, NRA-sanctioned and Trump-approved bill that would allow people to carry concealed weapons in any of the 50 states, even if local state law forbids carrying concealed guns.

Today, no place is safe from the mass murder mayhem. Indeed, Parkland was recently selected as one of the safest cities in all of Florida.

"We need to dig out of this hole," Hogg stressed. "We need to step out of it and take a look back and realize there is something seriously wrong here. And some of our policymakers need to look in the mirror and take some action."