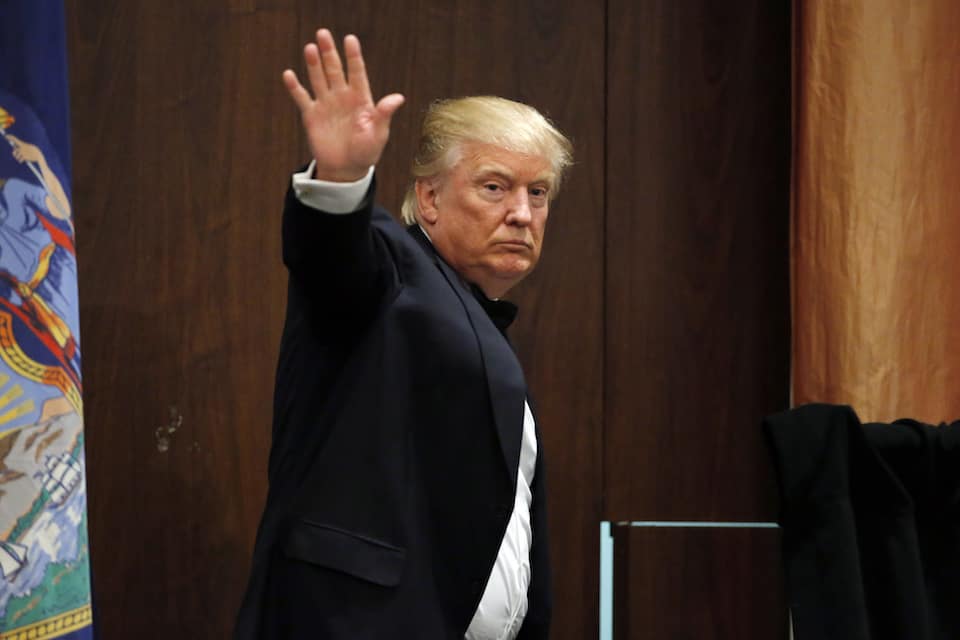 In a distressingly unsurprising move, Donald Trump is shutting down Open.gov, as he also cuts off access to White House visitor logs — putting all the pieces in place to enable even more corruption.

The Trump administration's war on transparency and open government increased again with the announcement that it would be shutting down Open.gov, the portal set up under President Obama to give the public access to the inner workings of their government, and which hosts White House visitor records, along with staff financial disclosures and appointments.

Trump officials stated they would end the contract for Open.gov and save $70,000 through 2020 in the process. For perspective on that figure, Trump costs taxpayers an estimated $3.6 million for each visit to his Mar-a-Lago resort. If he spent a single Saturday in Washington, D.C. instead of Florida, he would easily save Open.gov.

The announcement came as the Trump administration also said it would no longer continue the practice of releasing White House visitor logs that begun under President Obama. They are currently being sued by multiple groups for hiding this information.

These attacks on transparency have the net effect of enabling and expanding the corrupt practices in which the Trump team and family has been engaged. If the public does not know who is visiting the White House, they cannot know who has the ear of Trump and his team, potentially influencing policy and other major decisions.

And for a particularly pointed critique of this move, Trump could heed the words of...Trump. Back in 2012, he offered this opinion on the subject of President Obama's college transcripts:

Why is @BarackObama spending millions to try and hide his records? He is the least transparent President--ever--and he ran on transparency.

Indeed, Trump has apparently made a complete about-face on the topic of transparency, now that it is his own records and business which would be brought into the light.

In response to the White House's decision to break six years of tradition and refuse to release White House visitor logs, Citizens for Responsibility and Ethics in Washington (CREW) Executive Director Noah Bookbinder said in a statement:

It's disappointing that the man who promised to 'drain the swamp' just took a massive step away from transparency by refusing the release the White House visitor logs that the American people have grown accustomed to accessing over the last six years and that provide indispensable information about who is seeking to influence the president. The Obama administration agreed to release the visitor logs in response to our lawsuits, and despite the Trump administration's worry over 'grave national security risks and concerns,' only positives for the American people came out of them. This week, we sued the Trump administration to make sure they would continue to release the logs. It looks like we'll see them in court.

More obscurity creates more darkness, which ends up in more corruption. Trump was knee-deep in corrupt businesses before he got to the White House, and now he is using the powers of the presidency to further hide his handiwork. But he will not be able to do so without a fight.