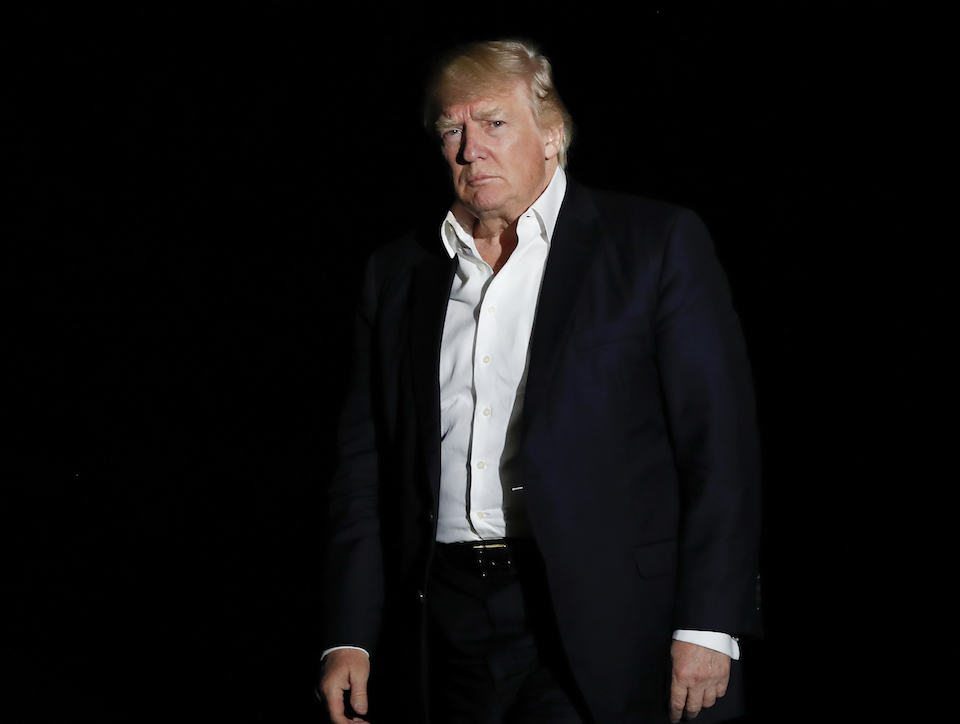 While Republicans in Congress continue to ignore Donald Trump's serious misconduct, local elected officials are standing up and making their own argument for his removal from office.

Donald Trump has never shown any indication that he understands or cares about the limits of his office.

Whether he is blocking people from entering the country based on religion, trying to punish local governments for not demanding people's immigration papers, or threatening to sue journalists who offend him, Trump appears to consider himself above the law. And while Senate Republicans are now halfheartedly investigating his ties to Russia and letting Sally Yates testify, Congress has so far shunted aside any serious discussion of impeachment.

At the local level, however, it is a different story.

So far, six cities with a combined population of 4.4 million have passed resolutions supporting an investigation into impeachable offenses committed by Trump: Cambridge, Massachusetts; Charlotte, Vermont; and in California, Alameda, Berkeley, Richmond and, in a unanimous city council vote on Friday, Los Angeles.

Most of the impeachment resolutions focus on the Emoluments Clause, the constitutional provision that forbids presidents from accepting gifts from foreign states. Several legal scholars argue that because Trump and his family did not divest from their businesses, and those businesses profit from real estate and trademark agreements authorized by foreign states, the Trump Organization may now be a conduit for personal payoffs to Trump. Even if Trump did not solicit a quid pro quo for foreign gifts, simply accepting them at all could be unconstitutional.

Bob Blumenfield, the city councilman who sponsored the Los Angeles resolution, spoke emphatically about the importance of the issue:

If [Trump] is not going to come clean and show the American people that his hands are clean of potentially illegal foreign money in investments, then we must demand that Congress use their power to investigate the situation.

These city officials are not the only politicians outside of the federal government seeking to hold Trump accountable. New York State Attorney General Eric Schneiderman has hired the deputy of Preet Bhahara — the federal prosecutor Trump mysteriously fired last month — to explore a quo warranto proceeding, which could force the Trump Organization to provide information on foreign payments or potentially even shut it down.

As long as Congress is controlled by Republicans, a thorough and objective investigation into Trump's personal corruption seems unlikely. But as a growing number of local officials turn up the pressure, the public outrage may become harder for the GOP to ignore.