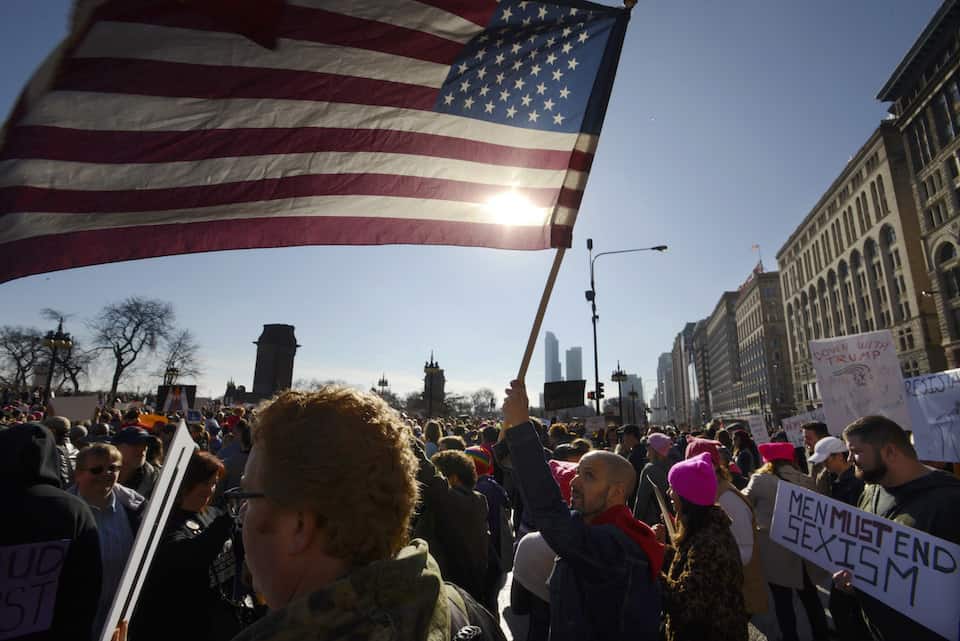 (AP Photo/Paul Beaty)
Get The American Independent in your inbox

In yet another rebuke to Donald Trump and the Republican agenda, Democrats just flipped local seats in small, conservative Midwestern towns that have not gone blue in over a century.

This week saw an amazingly close race in the special election for Kansas's 4th Congressional District, one of the most conservative parts of the country. Democrat James Thompson came within 7 points of Republican Ron Estes, in a district Republicans carried by 32 points in 2016.

The results left Republicans jittery — particularly about their prospects in the special election on April 18 in Georgia's 6th District, where Democrat Jon Ossoff continues to keep the race competitive. If the 25-point swing in Kansas was repeated nationwide in 2018, Democrats could win back the House in a landslide — and possibly even have a chance at the Senate.

But some commentators are debating whether what happened in Kansas was part of a national backlash against Donald Trump, or a one-off event precipitated by the GOP candidate's close ties to near-universally loathed Governor Sam Brownback.

New evidence from another state suggests the results from Kansas are not an isolated event.

Illinois is generally thought of as a deep blue state. Democrats control the state legislature, both its Senate seats, and 11 of its 18 congressional districts, and the state has not voted for a Republican for president in nearly 30 years. But this is mainly due to the fact that Illinois is home to the third-largest city in America. Outside of Chicago, huge swathes of the state are rural and very conservative.

Which is why it came as a shock last week when Democrats won a series of local elections in these areas.

We won in areas we normally would win, but we also won in areas Republicans never expected us to be competitive in. They were caught flat-footed.

According to the Huffington Post, much of the credit goes to Build the Bench, a program created by Democratic Rep. Cheri Bustos to train candidates to win local races in Illinois. Programs like this have seen huge interest following Trump's election, as Democrats seek to take advantage of national anger and thousands of new progressives volunteer to run for office.

The fact that backlash against the Republican Party is deep enough to filter down to such small offices, and broad enough to flip conservative small towns, should have the GOP sweating. The Democratic victories in Illinois prove that the shockingly close race in Kansas is no fluke, and that no Republican is safe.