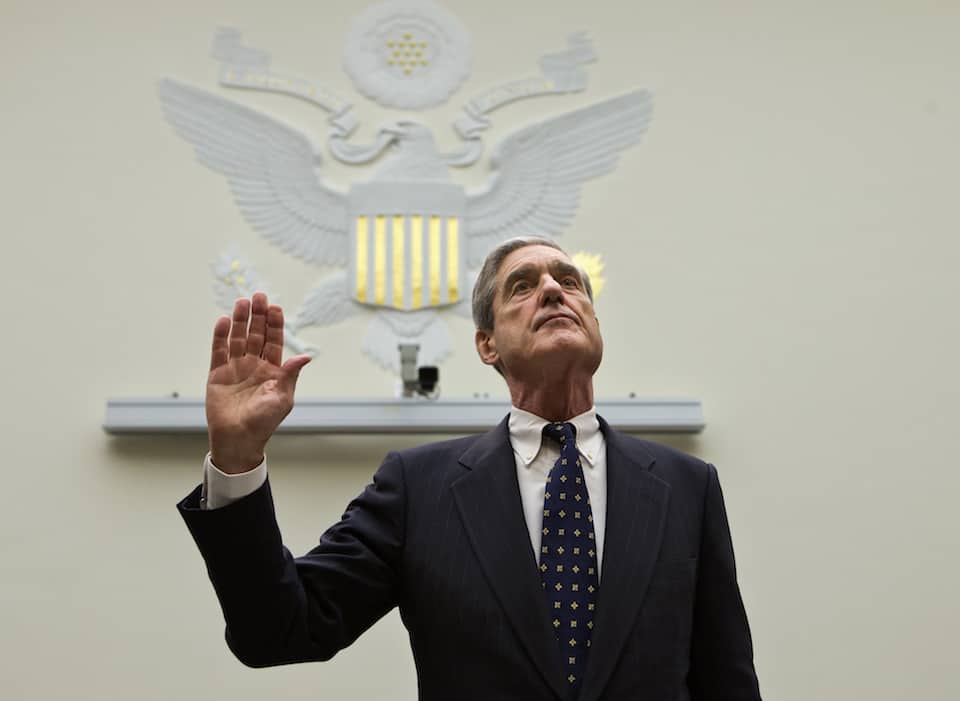 A majority of Americans don't know that special counsel Robert Mueller's Russia investigation has uncovered evidence of any crimes, even though he has already issued 23 indictments and obtained five guilty pleas.

That's according to a new survey from Navigator Research, which looked at Americans' views of the Russia probe, including awareness of key facts about the ongoing investigation.

The results show that although the vast majority of Americans know about the investigation, most (59 percent) don't know it has already resulted in serious criminal charges for people in Trump's inner circle, as well as persons and organizations based in Russia.

Here's a look at some of the major results thus far:

The indicted individuals include four former Trump advisers, 13 Russian nationals, three Russian companies, one California resident, and one London-based Dutch lawyer. As of June 8, this list also includes a Russian-Ukrainian operative with suspected ties to Russian intelligence. Five of these individuals, including three former Trump aides, have already pleaded guilty and are now cooperating with investigators.

Here's a look at some of the indictments Mueller has issued, and the guilty pleas he has obtained:

Mueller's investigation is focused on potential collusion between the Trump campaign and Russia, as well as potential obstruction of justice committed by Trump. According to a list of questions obtained by the New York Times, Mueller is concentrating the most on the following areas:

It's a lot of information, and the news cycle can quickly become overwhelming. But no matter how many times Trump calls the investigation a "witch hunt" (39 times on Twitter as of last week), the results are in and they couldn't be clearer: Mueller is finding evidence — and it's leading to charges, guilty pleas, and even prison time.

With new evidence still emerging, Trump and his Republican allies have ramped up their efforts to undermine the investigators and obstruct the investigation, no matter what the cost.

Their increasingly desperate behavior begs the question: What are they hiding?

Until we know the answer, the investigation must continue — and we must remain committed to preserving its integrity.