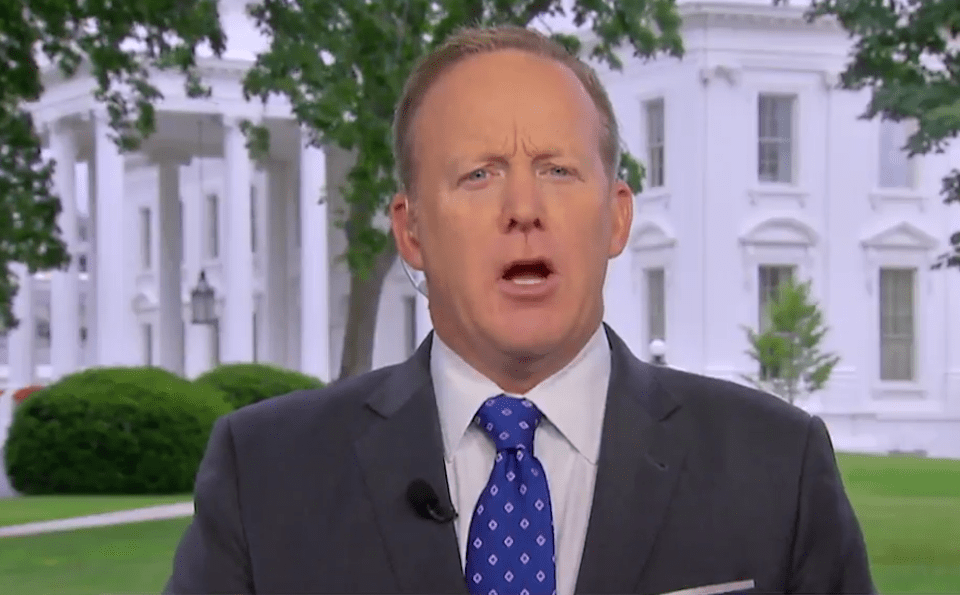 As part of the strategy to legislate in the dark, Donald Trump's White House has ordered news outlets to cut off their recordings for most of the press briefings over the past few weeks.

While press secretary Sean Spicer is holding yet another off-camera press briefing on Friday afternoon, he was more than happy to appear on camera earlier that morning to subject himself to questioning from the most pro-Trump show on the most pro-Trump network: Fox News.

Spicer appeared on "Fox & Friends," often described as Trump's "safe space," and went after former President Barack Obama, who criticized the "meanness" of the Republican health care bill, which would strip health insurance from 23 million people.

Working out of the playground-style rhetorical playbook, Spicer said on Fox, "The real meanness is allowing the American people to believe that Obamacare is still alive." He added, "Obamacare has died — it is over — it is in need of its own health care."

On "Fox & Friends," Spicer can be confident that he will not face any serious questions about Trump, his support of the health care bill and its consequences, or about the multiple scandals and controversies plaguing the unpopular Trump.

It is no coincidence that the only national interview that Trump has given in almost a month also aired on the same edition of "Fox & Friends." Interviewer Ainsley Earhardt praised Trump as "smart" for lying about recordings he claimed to have of former FBI Director James Comey, ignoring that Trump's falsehoods helped to trigger a special counsel investigation of his presidency and that he is now being investigated for obstruction of justice.

The Trump administration continues to demonstrate its hostility to the free press on a near-daily basis. Only days ago, Spicer claimed that the White House has "tremendous respect for the First Amendment," and praised his team for doing a "very good job" of making themselves available to reporters.

But when legitimate news outlets are forced to turn off their cameras, Spicer and the White House press operation perpetuate the alarming culture of propaganda and authoritarianism in line with Trump's self-image.