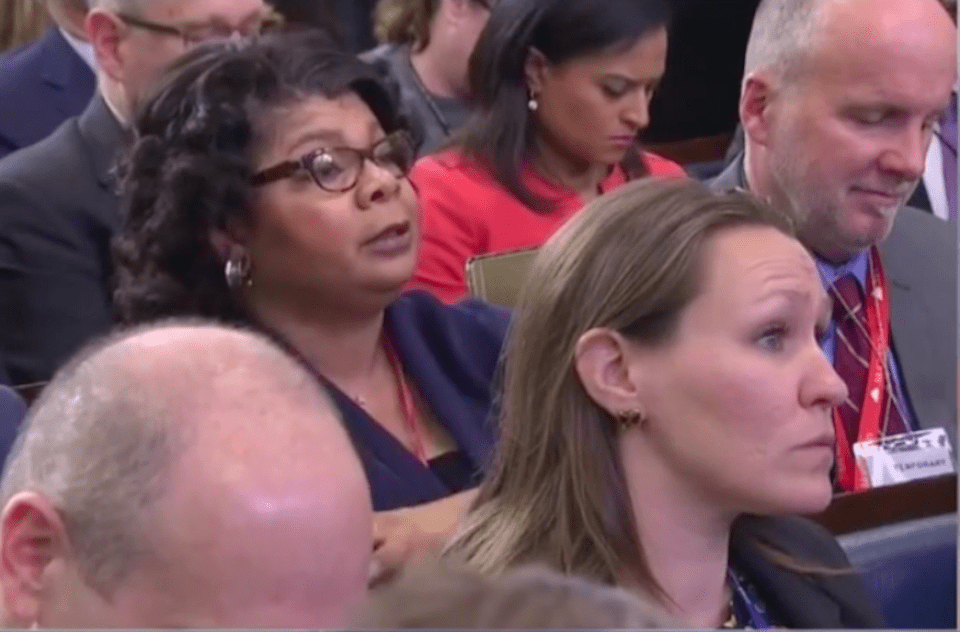 The signing statement, occasioned by the passage of HR 244, contained the following closing paragraph:

My Administration shall treat provisions that allocate benefits on the basis of race, ethnicity, and gender (e.g., Division B, under the heading "Minority Business Development"; Division C, sections 8016, 8021, 8038, and 8042; Division H, under the headings "Departmental Management Salaries and Expenses," "School Improvement Programs," and "Historically Black College and University Capital Financing Program Account"; Division K, under the heading "Native American Housing Block Grants"; and Division K, section 213) in a manner consistent with the requirement to afford equal protection of the laws under the Due Process Clause of the Constitution's Fifth Amendment.

That paragraph received widespread criticism, turning into a firestorm over the weekend and forcing Trump to eventually issue a statement late Sunday night that unsuccessfully attempted to clear things up. Trump insisted his "commitment" to HBCUs is "unchanged," but did not explain the language in his signing statement.

At his next press briefing, White House press secretary Sean Spicer apparently wanted to avoid explaining it, as well, as he repeatedly shut down one reporter's attempts to question him about that disturbing language.

American Urban Radio Networks' April Ryan, against whom Trump issued a racist attack at a press conference in February, tried to inject a follow-up after another reporter asked about the signing statement:

After a reporter asked an unrelated question on the signing statement, Ryan tried again:

Spicer blows off @AprilDRyan again, trying to follow up after a signing statement question pic.twitter.com/XkAZHGnWss

Finally, as Spicer fled the briefing after about 20 minutes of questions, Ryan tried one more time, and was ignored:

Spicer flees briefing as @AprilDRyan tries a third time to ask about HBCUs, and Omarosa's relationship with Farrakhan pic.twitter.com/KJW7MPcUz3

Trump's exploitation of HBCUs for political optics is shameful in its own right, but the administration's refusal to explain this signing statement is beyond the pale. His late and vague assurances are no more credible than any of his other lies.