Home National Spicer does not rule out that Trump has been recording conversations
Support progressive journalism.
Donate today 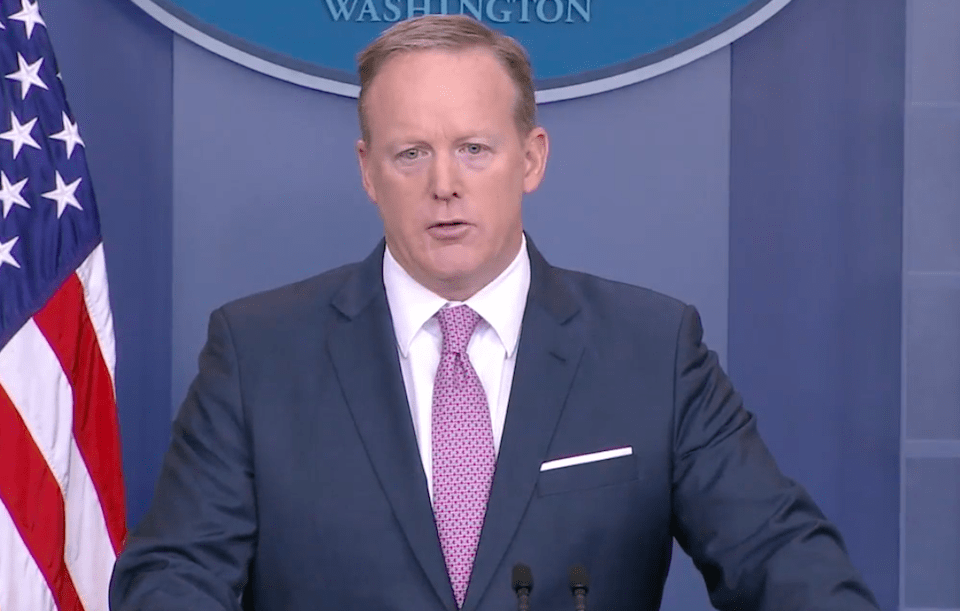 YouTube/The White House
Get The American Independent in your inbox

Press secretary Sean Spicer refused to comment on Donald Trump's public threats against former FBI Director James Comey, and would not deny the existence of recordings of conversations between the two men at dinner.

White House press secretary Sean Spicer did not shoot down or rebuke Donald Trump's tweets threatening former FBI Director James Comey when asked about it during the daily press briefing.

On Friday morning, Trump tweeted, "James Comey better hope that there are no "tapes" of our conversations before he starts leaking to the press!"

Asked three times about Trump's tweet indicating that he had "taped" his conversation with Comey over dinner, Spicer refused to deny the specifics of the message.

Instead, Spicer said Trump "had nothing further to add," and that he was "simply stating a fact."

Spicer 3 times says Trump has "nothing further to add" to Comey "tapes" threat, but then says Trump was simply "stating a fact" pic.twitter.com/JEyZSHPGWI

SPICER: I assume you're referring to his tweet, and I've talked to the president, the president has nothing further to add on that.

REPORTER: Why did he say that? Why did he tweet that? What should we interpret from that?

SPICER: As I mentioned, the president has nothing further to add on that.

REPORTER: Are there recording devices in the Oval Office? Or in the residence?

SPICER: For the third time, there's nothing further to add on that.

REPORTER: Does he think it's appropriate to threaten someone like Mr. Comey not to speak?

SPICER: I don't think that's – that's not a threat, he simply stated a fact. The tweet speaks for itself. I'm moving on.

Trump is using his platform to attempt to intimidate and silence those who refuse to pledge loyalty to him. It is an abuse of power, and his White House underlings, like Spicer, are enabling this undemocratic behavior.