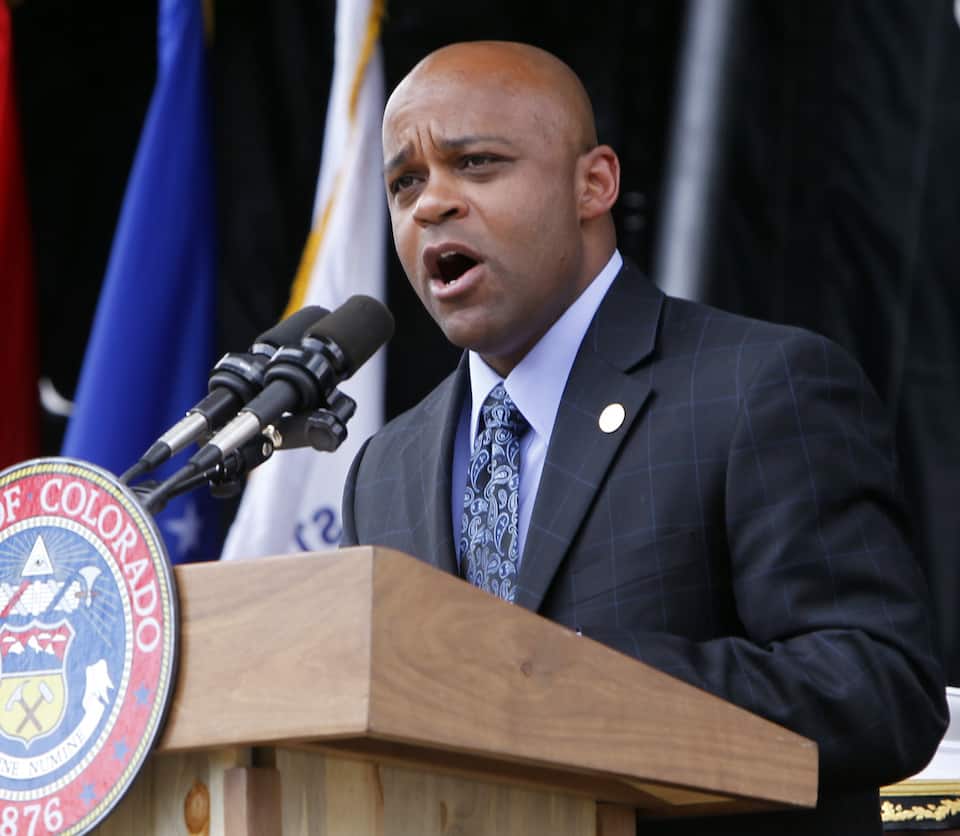 (AP Photo/Ed Andrieski)
Get The American Independent in your inbox

Since kicking off his campaign by calling Mexicans “rapists,” Donald Trump has relentlessly attacked and insulted immigrants.

Once in office, his racial animosity turned ICE into a deportation force with an unsettling zeal. Trump’s ramped-up efforts are spreading fear, targeting hard-working residents who are pillars of their community, and actively making communities less safe.

It started in April, with reports of ICE agents in Denver overstepping norms by infiltrating courthouses and schools to make arrests.

Hancock, along with the entire Denver city council, public school superintendent, and other public officials, sent a letter to ICE condemning the agents' actions as "eroding the trust" of the public and “endangering the [immigrant] community at large.” (A 2011 ICE memo lists schools and “organizations assisting children, pregnant women, victims of crime or abuse” as “sensitive locations” where ICE actions should happen rarely, only in “exigent circumstances.”)

In stark contrast to congressional Republicans, Hancock followed up on his strongly worded statement with action. He developed a plan, in conjunction with the immigrant advocates and the city council, to implement criminal justice reform that would help thwart Trump’s overreaching deportation efforts. Here’s how.

By reducing the possible sentences for a broad category of low-level crimes — including public urination, unauthorized camping, and shoplifting — Denver is bringing about a more fair justice system for everyone, as well as keeping undocumented immigrants off of ICE’s radar.

In late May, the proposal won unanimous approval from the Denver City Council.

Hancock noted that the timing of these reforms was not coincidental.

"Over the past four months," he said, "the White House has issued a series of executive orders that have exacerbated our broken immigration system and have had a real impact on our community."

This reform builds upon other efforts put in place by Hancock. Denver is piloting a program to allow pleas for traffic violations to be entered by mail, intended to help undocumented immigrants avoid ICE officers lurking in and around courthouses.

To help survivors of domestic abuse, “victim advocates have waited with victims who are set to testify in the Rose Andom Center, a service center for people experiencing domestic violence, instead of in the courthouse.”

While Trump uses his office to intimidate and bully immigrants, Democrats like Hancock are bringing sensible policies that inspire hope. Hancock knows that our communities are stronger because of our diversity. As Hancock said of the measures his city is taking:

This is about protecting the rights and livelihoods of residents in Denver. I will make every effort to take well-thought actions to protect all our people and their families – that will always include immigrants and refugees here in Denver.

As the media focuses on the incessant harms emanating from the White House, and rightfully so, Hancock reminds us that Democrats at all levels of government — mayors, city council members, state representatives, and members of Congress — are heeding the call to resist Trump’s most insidious policies.

While no policy is perfect, Hancock is certainly leading Denver in the right direction. Other cities would do well to learn from and improve upon the policies that Denver is putting in place.

As Democrats work toward taking back the House and Senate in 2018, activists cannot — must not — overlook the importance of local elected officials.

Hancock’s actions are a crucial reminder for the resistance that when the Trump administration goes after some of the country’s most vulnerable people, Democrats are there to stand up and fight back.