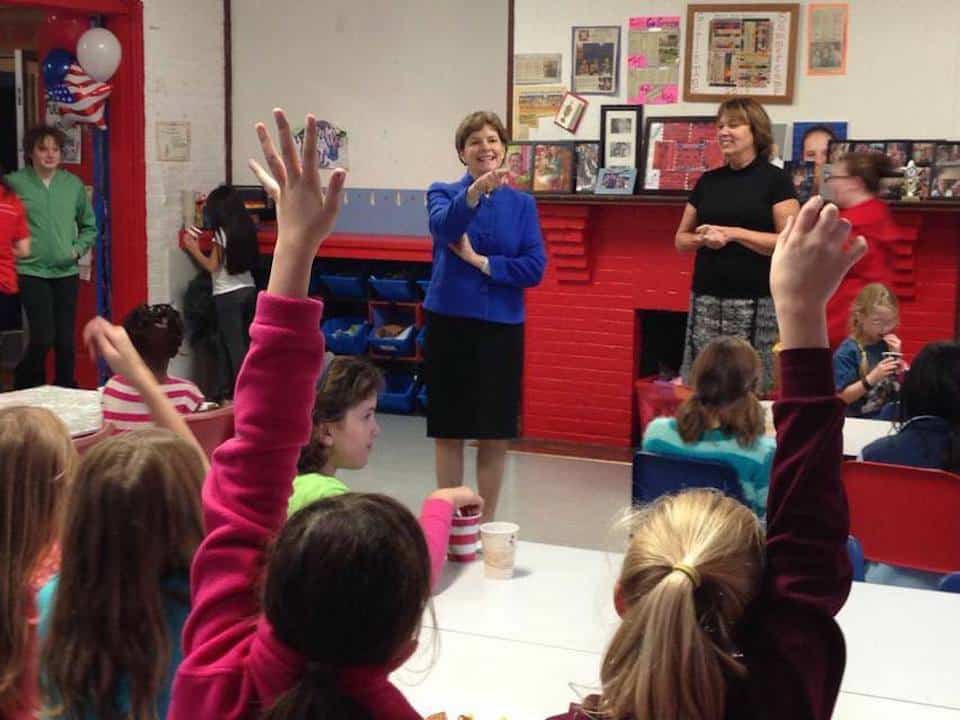 New Hampshire Democrat Jeanne Shaheen will not sit idly by as Donald Trump seeks to disempower women and girls. Her new Senate bill would help ensure a quality education for girls around the world.

In mid-May, New Hampshire Democrat Jeanne Shaheen made a splash in the Senate by introducing the Keeping Girls in School Act.

Sadly, millions of girls throughout the developing world are not in school. But getting them a quality education could be huge. Here are just a few facts, via international aid organization CARE:

— A woman’s earnings will be 10-20 percent higher for every year of school completed.

— A child born to a literate mother is 50 percent more likely to survive past the age of 5.

— Children of educated mothers are twice as likely to go to school.

There are no silver bullets to reducing global poverty, but education comes pretty close.

But wait. If the "Let Girls Learn" initiative already exists, why does Shaheen want legislation? Who would stand in the way of something like this?

The Trump administration is dismantling the program, even knowing that the Obama administration leveraged private sector financial pledges of more than $1 billion in 50 countries under the “Let Girls Learn” banner. For someone who claims to like building stuff, Trump seems to relish the chance to tear down anything good from his predecessor.

So when a billionaire sought to prevent poor girls from impoverished nations the chance for a basic education, Shaheen stood up as their advocate.

“Girls’ education is directly related to healthy communities, successful economies, and secure nations. I encourage my Senate colleagues to work with me on this important legislation and send a strong message that the United States stands with adolescent girls everywhere who are deprived of an education and denied the opportunity to reach their full potential,” Shaheen said in a press release.

The contrast between this attitude and a president who barges in on adolescent girls in varying stages of undress couldn’t be clearer.

While the news media focuses on so much cruelty coming out of Washington, D.C., Shaheen’s efforts remind us that there are still good people trying to do the right thing.

This isn’t the first time Shaheen has championed the rights of women and girls — she recently introduced a bill to permanently abolish the Global Gag Rule, which Trump reinstated — and it likely won’t be her last. With champions like her on their side, girls around the world can hold out hope for a better tomorrow. With champions like her on our side, we can hold out hope that Trump won’t get the last word.

It is a critical reminder for the resistance that when the Trump administration goes after some of the world’s most vulnerable people, Democrats like Shaheen are there to stand up and fight back.