Home Elections Rep. Steve Knight even less popular than Trump, and that was before...
Support progressive journalism.
Donate today 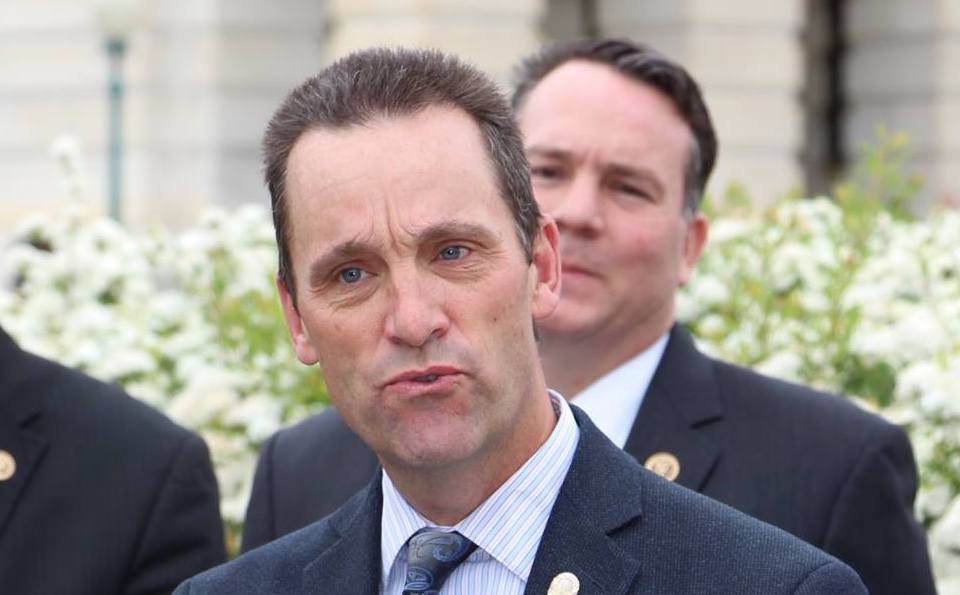 (Photo courtesy of Rep. Steve Knight's Facebook page)
Get The American Independent in your inbox

Even before providing the critical vote to pass an unpopular tax bill, Steve Knight faced unhappy constituents in an endangered congressional district.

Democrats’s road to taking back control of the House of Representatives runs through southern California.

Knowing this, Rep. Steve Knight’s vote for the disastrously unpopular tax bill becomes more surprising by the day. Not only is the bill one of the most unpopular pieces of legislation ever, a strong majority of his constituents were adamantly opposed to it.

Polls from before the vote, and new analysis since then, show that the vote on the tax bill could be the most decisive vote Knight ever casts in a rather short congressional career.

Before the House voted on their version of the tax bill, a poll came out showing that Knight is even less popular that Donald Trump, who is the least popular first-year president in modern history.

Knight’s approval in his congressional district, in November 2017, was a dismal 33 percent. Trump’s was 40 percent — a full seven points higher.

About the only thing less popular than Knight and Trump was the Republican tax proposal, which was polling at 30 percent.

The bill became even more despised when constituents learned that 80 percent of the tax cuts went to the very wealthy, and again when they were told that the bill increased the deficit by more than $1.5 trillion.

The bill was so bad that a majority of respondents (51 percent) said they would be less likely to vote for Knight in 2018 if he supported it. Another poll from late November, 2017, found Knight trailing a generic Democrat by a four-point margin, 44-48.

And opposition to the tax bill has continued to increase in California.

Educators were shocked to learn that Republicans, including Knight, were supporting a provision to forbid teachers from being able to deduct a portion of the cost of items they buy for their students and classrooms.

Colleges and universities warned that the bill would “increase the cost to attend college and increase student loan debt.”

Business leaders feared that the bill would “damage the economy of California.”

Constituents learned that most working-class Californians would face a tax increase totaling $2.8 billion over 10 years. Meanwhile, Knight wanted to give the dilettante elite a tax cut of $8.4 billion just for being born rich.

Despite opposition from every corner of his state and district, Knight made the decision to hitch his wagon to Trump, and throw his full support behind the tax bill.

Since the vote, opinion about the bill hasn’t shifted, with a clear majority of Americans still opposingit.

More worrisome for Knight should be a new analysis that shows how Republican support of the tax bill could doom their party in November.

“Our polling illustrates that the public strongly opposes tax cuts for themselves if the wealthy get most of the benefit, which is exactly what the GOP tax law passed by Congress will do,” said Not One Penny’s polling adviser Bryan Bennett.

This new analysis concludes that as a result of the tax bill, “the Republican party’s House and Senate majorities are at risk nationally.”

Liberal groups know that Southern California will play a critical role in Democratic hopes of taking control of the House of Representatives. Former Obama staffers, and hosts of the popular Pod Save America podcast, even teamed up with fundraising group SwingLeft to target several southern California districts, including Knight’s.

Some of those targets, such as Reps. Ed Royce and Darrell Issa, have decided to retire rather than run against an energized opposition.

Already unpopular, Knight’s decision to support legislation that was even less popular than he is was a politically interesting decision.

Only time will tell if it was a career-ending decision.