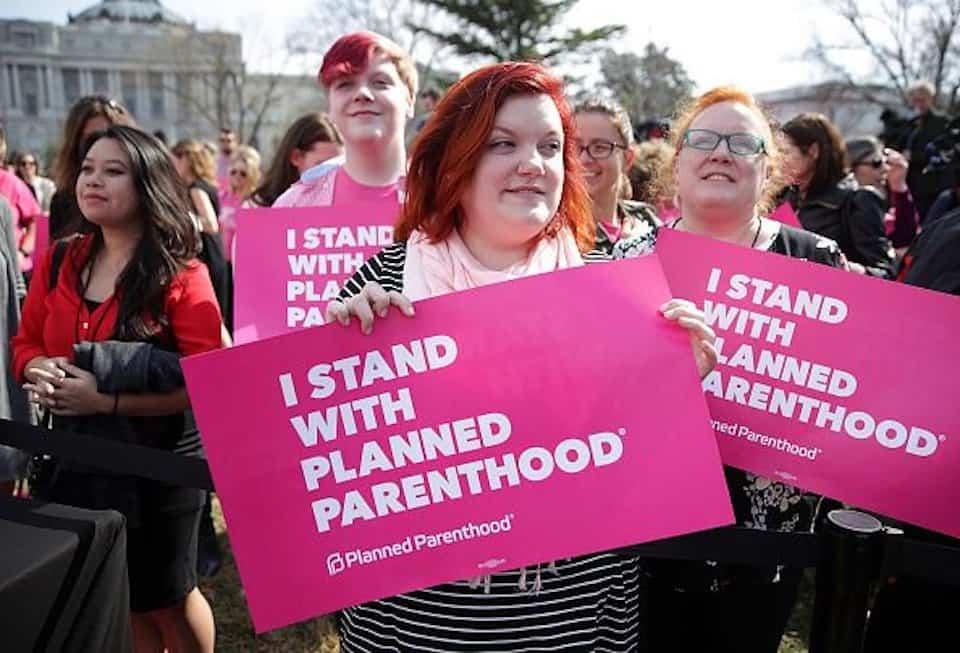 Twitter/PPAct
Get The American Independent in your inbox

Two of the people behind the "undercover" videos that started a deadly smear campaign against Planned Parenthood may finally face the music for their actions, in the form of 15 felony charges.

After nearly a year of inactivity in the case, two anti-abortion activists have now been charged with 15 felony counts related to their production of false "undercover" videos smearing Planned Parenthood, each carrying a penalty of up to one year in prison. From The Associated Press:

California prosecutors on Tuesday charged two anti-abortion activists who made undercover videos of themselves trying to buy fetal tissue from Planned Parenthood with 15 felonies, saying they invaded the privacy of medical providers by filming without consent.

The charges against David Daleiden and Sandra Merritt of the Center for Medical Progress come eight months after similar charges were dropped in Texas.

State Attorney General Xavier Becerra, a longtime Congressional Democrat who took over the investigation in January, said in a statement that the state "will not tolerate the criminal recording of conversations."

Those videos became a cause celebre for Republicans during the 2016 presidential campaign, with one candidate, Carly Fiorina, even falsely claiming to have seen a non-existent video featuring "a fully formed fetus on the table, its heart beating, its legs kicking while someone says we have to keep it alive to harvest its brain."

In fact, though, those videos have been extensively investigated and debunked, and Planned Parenthood has repeatedly been cleared of any wrongdoing.

Planned Parenthood responded to the charges in a statement to the AP:

"As we have said from the beginning, and as more than a dozen different state investigations have made clear: Planned Parenthood has done nothing wrong, and the only people who broke the law are those behind the fraudulent tapes," said Mary Alice Carter, interim vice president of communications for Planned Parenthood, in a statement.

These "activists" have a long history of smearing Planned Parenthood, as part of a broader movement that resorts to violence and terrorism to try to prevent women from receiving safe, legal health care. While any measure of justice for these people is welcome, they will likely never face the punishment they deserve for the cruelest consequences of their actions. Those videos were directly cited by the killer who went on a mass-shooting spree at a Planned Parenthood center in Colorado Springs in 2015, after which one Republican congressman actually demanded an apology from Planned Parenthood.

Republicans are still hard at work attacking reproductive freedom, and the lies about Planned Parenthood are still harming people and threatening women's access to health care, but this news is an overdue step in the right direction.