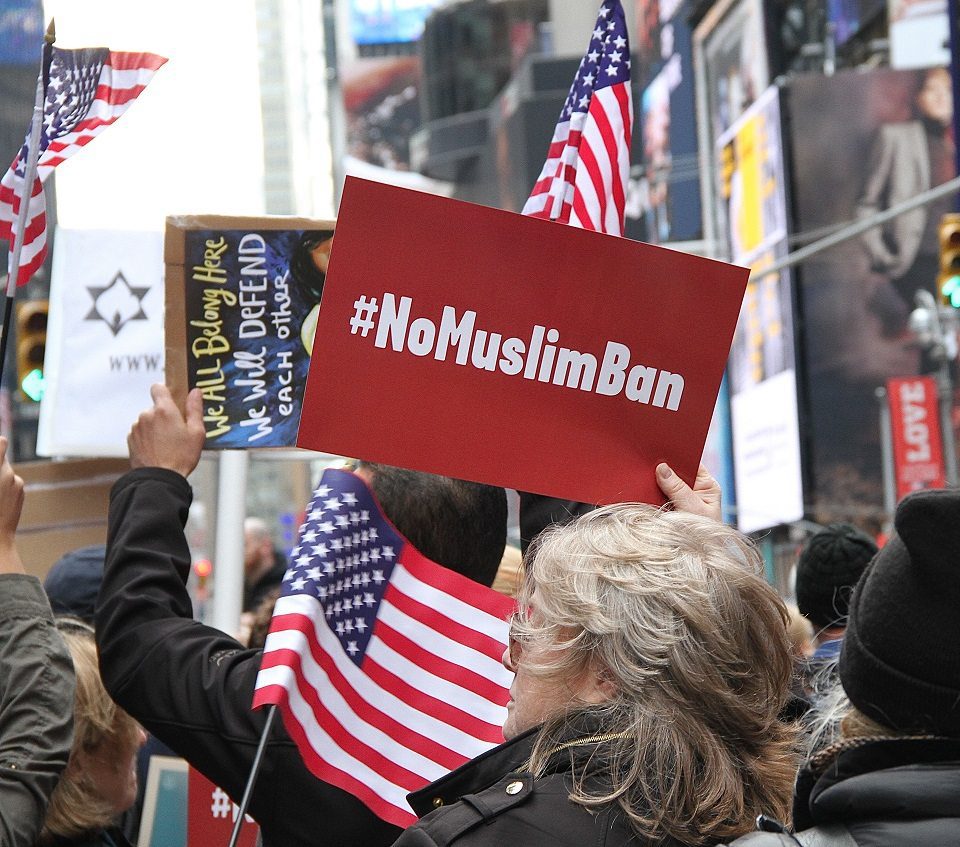 Rainmaker Photo/MediaPunch/IPX
Get The American Independent in your inbox

The corporate media has long made a habit of erasing Donald Trump's naked bigotry, and they are doing it again by adopting the deceptive and inaccurate phrase "travel ban" to describe Trump's revised Muslim ban.

Donald Trump's Muslim ban has already proven itself a massive failure and a colossal lie that has nothing to do with national security.

Yet the corporate media insist on abetting Trump's effort to re-launch a cosmetically different version of the same discriminatory policy.

A review of TV Eyes' closed-caption transcripts revealed a disturbing trend in the coverage of Trump's anticipated revised order, as journalists on every major television outlet referred to the order as a "travel ban":

In fact, the same research shows that the only cable news personalities to use the phrase "Muslim ban" on the morning of the revised order being signed were several right-wing commentators who were pushing back against the idea that Trump's order is a Muslim ban, and one member of the ACLU's National Immigrants' Rights Project.

Journalists making this choice of nomenclature may use "objectivity" as an excuse, but calling it a "travel ban" is simply inaccurate. Dozens of courts have rejected Trump's original order because of its nakedly discriminatory intent, and the White House has already made clear that the new version will retain the intent of the original.

The new order is a Muslim ban just as surely as the first one was. To say otherwise is not just inaccurate and negligent — it is harmful.