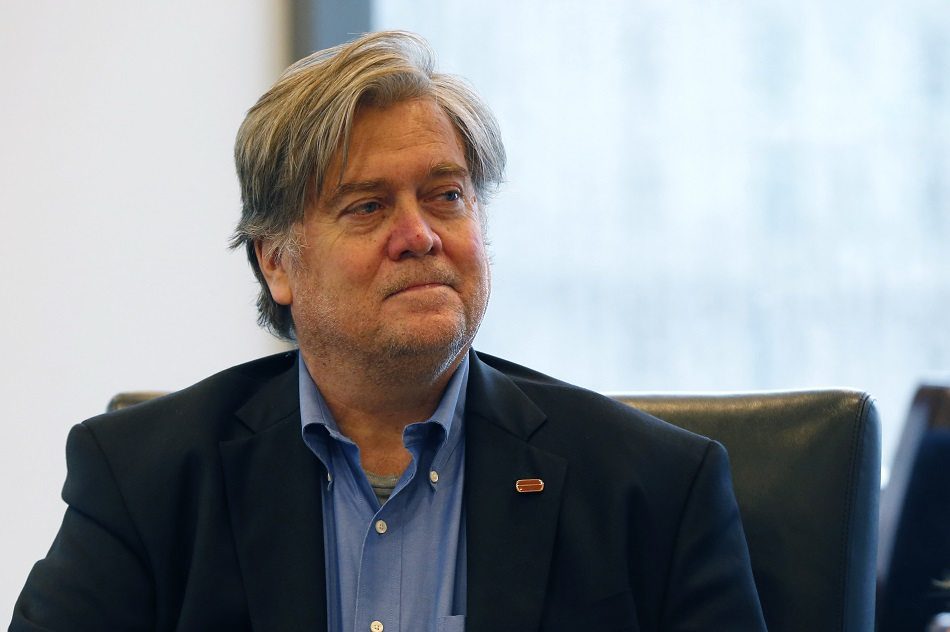 Donald Trump is already in hot water over a controversial White House pick.

I finally had a good cry over what's happened to the country yesterday. Today I started making phone calls. #StopBannon

Christians who voted for Trump: You say you didn't vote for his racist ideas. The rest of America is saying, "Prove it." #stopbannon

Let's not forget that, on top of being an anti-Semitic white supremacist, Bannon is also vehemently sexist and anti-Muslim. #StopBannon

A white nationalist antisemite misogynist has no place in the White House. Speak out or it's on you, @SpeakerRyan. #StopBannon

Pls RT. This doesn't have to be over. #stopbannon pic.twitter.com/bBHiUf3ZxH

You don't really need to be told that a white supremacist in the White House is wrong, do you @SpeakerRyan and @SenateMajLdr? #StopBannon

The hiring of Steve Bannon as a WH policy adviser is equivalent to hiring David Duke. Please don't normalize this. #StopBannon

It is egregious that @AIPAC, @AJCGlobal, and @Conf_of_Pres aren't on this list. What do you stand for? #StopBannon https://t.co/KnQi3e1xAo

The media needs to stop using the term "alt-right" and instead use the term racist. Sign #stopbannon petition: https://t.co/FIoTuzjwhB.

He says he wants to be POTUS to all Americans then chooses this guy as a chief strategist?! #NotMyPresident #StopBannon